While the King of Rock n’ Roll got the biopic treatment in Baz Luhrmann’s Elvis, fans and newcomers alike were given a taste of Presley’s slew of iconic moments.

Crashing onto an unsuspecting music scene in the mid-’50s, Elvis made waves as the face of the burgeoning rock n’ roll movement. His suggestive performances began to horrify parents and delight the youth while his seminal catalog has gone on to inspire some of the world’s most iconic musicians.

We’re here to take you through 10 of Elvis’ most iconic moments throughout his unparalleled career.

A new kind of superstar, Elvis brought his trademark wiggle to the masses. His first television appearance made waves just a day after his first major-label release, “Heartbreak Hotel.”

Virtually unknown at the time, the future King of Rock and Roll shimmied around the stage performing a suite of songs, including Ray Charles’ “I Got a Woman” and a medley of two Joe Turner songs, “Shake, Rattle and Roll” and “Flip, Flop and Fly.”

Though Elvis had appeared on the famed variety show a number of times while his popularity was on the rise, nothing compared to his June 5 appearance, which would bring him widespread fame—along with a little bit of infamy.

In his prior television performances, Elvis had performed a series of uptempo songs with a guitar limiting his ability to dance. Before Presley unveiled his cover of Big Mama Thorton’s “Hound Dog” to TV audiences, Berle advised him to perform without the guitar. “Let ’em see you, son,” he reportedly said.

40 million viewers did indeed see him, though they were not prepared for Presley’s unobscured pelvic thrusts. The episode horrified parents and the press while delighting the youth, marking him as a burgeoning sex symbol.

Elvis’ third movie offered him a role that loosely mirrored his own meteoric rise to fame, but one with a violent streak that lands his character, Vince Everett, in prison. Upon his release, his singing talent is discovered by Peggy, played by Judy Tyler, who falls for him.

The movie also features one of Elvis’ most iconic songs, “Jailhouse Rock.” The scene sees the King in a striped prison uniform, as he, along with a handful of other “prisoners,” dance through the number amid a cell block.

4. “Elvis the Pelvis” Finally Makes it on to Ed Sullivan

After deeming “Elvis the Pelvis” too much for family viewing, Ed Sullivan refused to book Presley on his career-launching variety show. Following an appearance on Steve Allen’s rival show—wherein Elvis performed “Hound Dog” to an actual basset hound while wearing a top hat and tails—Sullivan decided to give up on his Elvis boycott and bring the singer in for what would become a landmark performance.

Sullivan didn’t get the clean-cut Elvis that Allen had demanded on his show, instead, he stuck to his guns and performed with his trademark sensuality. The performance again captivated the youth of America and changed musical tastes and entertainment forever.

After a string of gold records like “Heartbreak Hotel,” “Blue Suede Shoes,” “Hound Dog” and “Don’t Be Cruel,” Presley had become a national icon—and the world’s first bonafide rock star. As John Lennon once famously remarked, “Before Elvis, there was nothing.”

At the peak of his career, Presley received his draft notice for a two-year stint in the army. Dubbed “Black Monday” by the press, tens of thousands of fans sent letters to the army begging for him to be spared, but Elvis went ahead and valiantly took his spot in the service anyway.

News crews from around the world were on hand to report Presley’s entry into the army. After his final goodbyes to family and friends, Presley and his fellow recruits were taken by bus to Fort Chaffee, Arkansas.

Many established figures in music despised rock n’ roll by the time it fully reared its raucous head. Back in 1957, Sinatra was spearheading the anti-rock n’ roll movement saying, “It is sung, played and written for the most part by cretinous goons … the most brutal, ugly, degenerate, vicious form of expression it has been my misfortune to hear.”

Less than three years later, the famed crooner changed his tune welcoming Presley as a guest on his ABC special, It’s Nice to Go Traveling. The appearance worked like a charm in de-emphasizing Elvis’ “degenerate” rock n’ roll image and broadened his appeal once again.

7. Elvis Sings a Protest Song on his ’68 Comeback Special

“If I Can Dream” was written to replace “I’ll Be Home for Christmas” as the grand finale on NBC’s TV special, Elvis. Knowing Presley’s fondness for Martin Luther King Jr., and his “I Have A Dream” speech, Walter Earl Brown wrote the song in response to the string of assassinations of the era – MLK himself and Robert F. Kennedy.

8. Elvis Reignites His Star With a Las Vegas Residency

Elvis hadn’t been on the concert stage in years by the time he began his Las Vegas Residency at the International Hotel. The opening night was daunting, filled with Hollywood stars, Vegas entertainers, and assorted high-rollers. Even in a town used to star-studded opening nights, the array of celebrities—Cary Grant, Sammy Davis Jr., Ann-Margret, Paul Anka, Dionne Warwick—was impressive.

The spontaneity of the performance was refreshing amongst the host of polished Vegas headliners. Over the next seven years, he would perform more than 600 shows in Las Vegas—and sell out every one.

In 1973, Elvis took on one of his most significant live performances by playing to nearly 1.3 billion people thanks to the then-cutting-edge satellite technology. Aloha from Hawaii was the first live satellite broadcast to feature a single performer in history.

It was truly a spectacle in every sense of the word, complete with a handful of tropical-themed shirts and leis. The landmark show came from Elvis’ wish to entertain “all his fans throughout the world.”

Released just two months after Presley’s death, Elvis in Concert was palpably sad. The performance shows a man who was clearly not well—glassy-eyed and fumbling through the lyrics of his top hits. It also contains the last known footage of Presley ever filmed, receiving a gold record from RCA executives on June 26th, the day of his final concert.

Due to Elvis’ declining health, the performances were deemed so poor that CBS producers considered shelving them in favor of a future tour, but this was mooted after Presley was found dead on August 16. Despite the poor quality, it did give fans one last taste of the undisputed King of Rock and Roll. 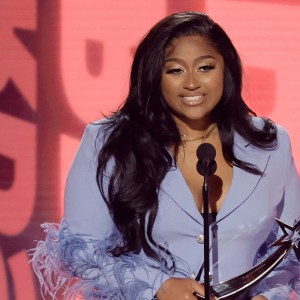