“Before I was doing music, I was going to school to be a vet tech (a veterinarian technician),” 3Breezy tells American Songwriter. “I was about to start working in an animal hospital, but before that could even happen, that’s when COVID hit. Then the place closed down [and] I couldn’t find anywhere to work. So I had so much free time on my hands.”

Left stranded without a tangible way to pursue his career, 3Breezy was open to chasing something new. “I was on TikTok one day and I heard somebody talking about how they made a song off their phone,” Breezy says. “[I thought,] ‘Why not?’ So I made a song off of this app called GarageBand on my iPhone.”

The song was Breezy’s “Gangsta Wit It,” which quickly went viral after the rapper posted his song on TikTok. In literally becoming an overnight sensation, Breezy decided it was time to see if he could pursue music full-time and he wrote his first album titled Murda She Wrote.

The 10-track record is a heartfelt debut for the New Jersey-born artist. One track, “Message To Her,” stands out as a cornerstone of Breezy’s genuine approach to his craft. The smooth R&B track was directly inspired by one of Breezy’s fans. A female fan DM’d Breezy on social media a paragraph about one of her relationships, and the rapper craftily turned her words into verses.

I’m so tired of these heartaches aye / Fighting these demons so long they telling me that I’m wrong / Don’t know how much my little heart can take aye, Breezy sings from his fan’s point of view.

The artist doesn’t just leave it there, however. Breezy responds to his fan with a wave of positivity. Let me tell you something / Keep it real I ain’t got lie to you / You can do more good for yourself than any guy can do / I see you that you done turned all your tears into a smile,  the artist responds.

In addition to this anonymous fan who sparked “Message To Her,” Breezy’s fans appreciate the artist’s honesty and ability to relate. Now, Breezy is dropping more music to keep up with his fans and inner creativity. “Self Love,” Breezy’s latest single off of his forthcoming project Catch A Breeze, dropped last Friday (October 8).

“Self Love” does just that—the single is technically elegant and sonically moving. All about prioritizing one’s own happiness, “Self Love” sets the bar high for Breezy’s upcoming music.

Listen to “Self Love” by 3Breezy below. 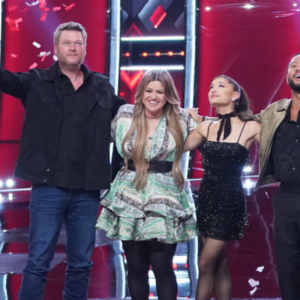