Maggie Baugh is bubbly, bright, and usually wears a Nevada-style cowboy hat. Fortunately for us, her songwriting is equally as energetic, fused with honeyed country hooks and fiery lyricism. One example of this singer/songwriter’s style is her latest single release, “Seein’ Somebody.”

“It’s a song for your friends,” Baugh tells to American Songwriter, “and to tell everybody, ‘Guys, slow down. There’s not a ring on my finger yet. We’re not walking down the aisle tomorrow. Like, I’m just seein’ somebody. So let’s just see where it goes.'”

And as breezy as the song sounds—which it is—Baugh paid careful attention to the production of this track. She wanted to get it just right. In the beginning stages of creating “Seein’ Somebody,” Baugh did the pre-production and stacked the vocals. And ultimately, hearing the ooohs at the opening of song gave her confidence to share her demo.

“I sent it to a bunch of people beforehand,” she says. “I was like, ‘Hey, I just wrote this. Here’s the first draft of the demo, we did it last night. What do you think? And they’re like, ‘When are you putting this out?'”

Elated by this response, Baugh dropped the track in mid-May 2022. So I’m takin’ a chance / On a little romance, Baugh sings.

Before “Seein’ Somebody,” though, Baugh released her popular song “Think About Me” in 2021. This song put the singer on the country music map as one to keep an ear out for. It’s raw and real which is a Baugh special. “Who I am on stage and who I am right now is exactly who I am without the hat and without the makeup,” she says. Baugh quite literally practices what she preaches.

“My story is a little different with songwriting,” she continues to explain. “And this is why music is so important to me. I started playing violin when I was six years old. So I was already around music. It was classical music, it wasn’t country, but already around music. When I was in middle school, I started getting bullied at school. I decided to use music to get me out of that state and to use it as a coping mechanism for what I was going through. So I never listened to Shania Twain singing in my hairbrush being like, ‘I’m going to be a star.’ No, it was music [that] genuinely grabbed me out of such an awful, dark place.”

Now, Baugh continues to use music as an escape, but it’s also an outlet and a way to share her craft with the world. And at the end of 2021, after she had released “Think About Me,” the song had topped Spotify’s Fresh Finds Country playlist.

So at the 2022 CMA Music Festival, Baugh found herself playing at the Spotify House. She played her songs on the Spotify Fresh Finds Rooftop at the Ole Red Nashville bar.

“So much has happened in Nashville since the last CMA Fest, and this includes the rise of some incredible talent and trends within country music. When we were building the line-up for our Spotify House at Ole Red this year, we knew we wanted to curate a group of artists that reflect the trends of our listeners,” Mary Catherine Kinney, Lead on Strategic Music Partnerships for Spotify, says. “The genre is growing, and fans will be able to experience the full scope of the genre under our roof. Between our initial line-up announcement today, and a few of the surprise guests we have to come, this is truly a setlist built by the listeners, and we can’t wait to experience it all in person.” 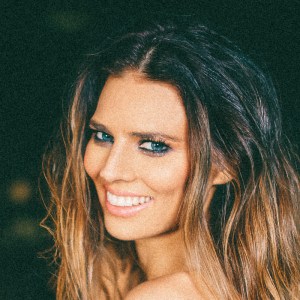 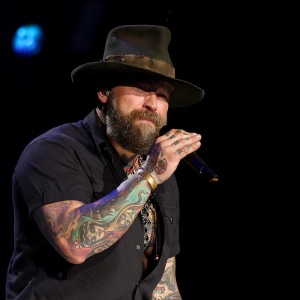