While it may have started in South Korea, K-pop music is taking over the world. The genre has successfully endeared countless K-pop artists to millions of fans around the world, garnering billions of streams for K-pop music and sold-out international tours. But how did this all go down?

K-pop has caught fire quickly for a few reasons. One is the universality of the music itself. Despite its name, K-pop doesn’t limit itself to pop influences, but rather embraces hip-hop, rock, blues, and everything in between. K-pop is also famous for blending Korean and English lyrics. But another reason for its success is the artists themselves. K-pop singers are becoming more and more recognizable for their over-the-top performing style and big band sizes.

Below we’re going to dive into just one side of the K-pop stardom: boy bands. Keep reading for just a few K-pop boy bands that you should know… if you don’t already!

BTS is arguably one of the leading K-pop groups that have popularized the genre in the United States and parts of Europe. The group has seven members—Jin, Suga, J-Hope, RM, Jimin, V, and Jungkook—and got their start in 2013 with the release of their single album 2 Cool 4 Skool. Since then, the BTS boys have dropped international megahits like “Butter” and “Dynamite,” become the youngest recipients of the Order of Cultural Merit (awarded by the President of South Korea), and even joined a White House press briefing to speak out against Asian hate crimes. Safe to say, this band has already changed the music landscape, and they’re not done yet.

Getting its start just two years after BTS is the K-pop group Monsta X, composed of members Shownu, Minhyuk, Kihyun, Hyungwon, Joohoney, and I.M. (Former seventh member Wonho left the band in 2019). The members were brought together after their collective experience on the music competition show, No. Mercy, created by Starship Entertainment. Monsta X has subsequently been known for its EDM and rap leanings. (This is the fluctuation of the genre we were talking about earlier.) Additionally, Monsta X’s first English album All About Luv (2020) hit number five on the Billboard 200 chart. Overall, a casual perusal of the band’s catalog is worth the time.

SEVENTEEN (also stylized as SVT) is a K-pop boy band of 13 members. Thirteen! S.Coups, Jeonghan, Joshua, Jun, Hoshi, Wonwoo, Woozi, DK, Mingyu, The8, Seungkwan, Vernon, and Dino are the lifeblood of this next K-pop boy band. The band itself has divided its members into three subunits—the Hip-hop team, the Vocal team, and the Performance team. Due to SEVENTEEN’s wealth of talent, every fan is able to identify with or admire at least one band member. This musical collective is truly an impressive feat of collaboration.

Known for their extensive performances in Korean, Mandarin, and Japanese is the K-pop boy band EXO. This group has nine members: Xiumin, Suho, Lay, Baekhyun, Chen, Chanyeol, D.O., Kai, and Sehun who first hit it big with their single “Growl” (2013). All together, EXO has released seven studio albums with the biggest U.S. hit being the 2018 album Don’t Mess Up My Tempo. All in all, EXO has a swagger that’s unmistakable.

Last, but certainly not least, is the octet Stray Kids. Bang Chan, Lee Know, Changbin, Hyunjin, Han, Felix, Seungmin, and I.N. also came together after their stint on a music competition TV series. This show was where they found their name—Stray Kids. This boy band has also received recognition for creating their own K-pop flair in pioneering a new genre: the mala taste genre. The “mala taste genre” is a term used by Korean media to describe the group’s fluid sound, and takes inspiration from the popular soup dish malatang. To put it simply, EXO’s music is food for your ears. 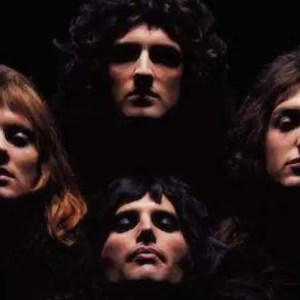 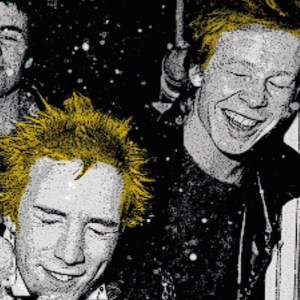