5 Seconds of Summer gave fans a much-needed update on Ashton Irwin’s health on Monday (June 27). Just a few songs deep into their show in Houston, Texas, the drummer was rushed off the stage and hospitalized for “extreme heat exhaustion.”

The band took to its Instagram story to give the update saying, “As you may have heard, last night’s show ended early due to a medical incident during the show. Upon experiencing physical symptoms, Ashton was taken to a local hospital for tests and medical review. As a result, it was advised Ashton had experienced extreme heat exhaustion. Thankfully and most importantly feeling OK and recovering very well.”

Irwin himself talked to his fans on Twitter explaining the situation. He wrote, “I suffered from an intense migraine brought on by exhaustion and overheating onstage which made me loose [sic] my vision and gave me symptoms of stroke in the left side of my body. So the decision was to end the show there and then.”

He continued, “It’s always amazing to play a massive energetic show in every environment thrown at us. Unfortunately this time my body gave out due to heat exhaustion. I was in tears in the ambulance, because I feel I’ve let many people down. I’m looking after myself and getting rest now.”

He ended his update by saying he felt “loved and looked after” by his bandmates and fans alike and assured that “all will be made right” referencing ticket refunds and rescheduling the Texas show.

A few hours after posting the update, the band shared a change to their tour plans in light of the medical emergency. They stated that “following medical advice” they will postpone their Arkansas show tomorrow night and move it to next month. They added that they hope fans will respect Irwin’s privacy while he gets “back to full fitness.” 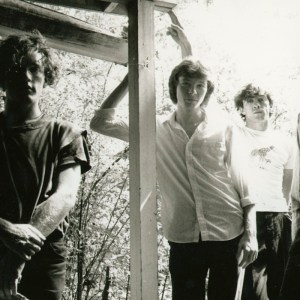 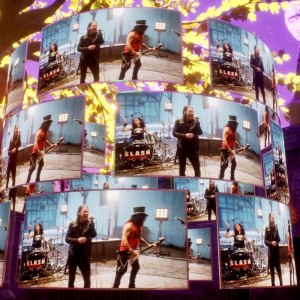