When R.E.M. released their debut EP, Chronic Town, in 1982, it was initially distributed on cassette tape. To celebrate the 40th anniversary of its release, the band is releasing Chronic Town (I.R.S./UMe) as a stand-alone CD for the first time—previously bundled into the 1987 rarities compilation Dead Letter Office and again on the I.R.S. Vintage Years edition in 1993—in addition to a picture disc and cassette format, on Aug.19.

Recorded in October of 1981 at the Drive-in Studio in Winston-Salem, North Carolina, just 18 months after R.E.M. formed in Athens, Georgia, the five-track EP was produced by Mitch Easter, who, along with Don Dixon, would produce the band’s 1983 full-length debut, Murmur, and follow up, Reckoning, in 1984.

A follow up to the band’s 1981 single “Radio Free Europe,” which was also produced by Easter and would appear on Murmur, there was never a clear fit for the music of Chronic Town, and instead marked the beginning of something new: college rock.

Opening on “Wolves, Lower,” and continuing through “Gardening At Night,” “Carnival of Sorts (Boxcars),” “1,000,000″ and the jangling end of “Stumble,” Chronic Town marked the full impression of the lyrical quirks and sonic convictions of R.E.M., with Stipe’s unconventional lyrics tightly tacked to guitarist Peter Buck, bassist Mike Mills and drummer Bill Berry.

“One might fancifully say that ‘Chronic Town’ was the sound of an expedition, ready for anything, setting forth,” said Easter of the EP.  “If R.E.M. ‘Radio Free Europe’ single was a signpost, the Chronic Town EP was the atlas.” 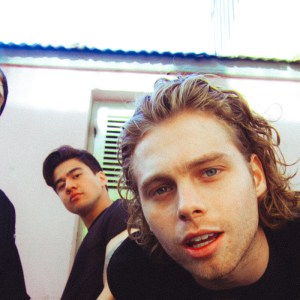