Less than a year after releasing Certified Lover Boy, Drake dropped his seventh studio album titled Honestly, Nevermind. It was a surprise release that left fans scrambling to stream the 14-track album. But soon after fans got a taste of the new record, their reactions were not exactly what Drake had hoped for.

More specifically, some camps of fans were confused by Drake’s new sound on Honestly, Nevermind. Known for his hip-hop mixtapes and boastful lyricism, his latest album took a left turn down a different sonic path by heavily leaning into house music and EDM. Fans expressed their confusion, and occasional disappointment, on social media. Many of the posts have gained traction due to their relatively comedic nature.

Soon after this buzz started to pick up, Drake was recorded at the album release party in Miami responding to his fans’ reactions. “It’s all good if you don’t get it yet. It’s all good,” he said. “That’s what we do. That’s what we do, we wait for you to catch up. We’re in here though, we caught up already. On to the next. My goodness!”

Not all fan reactions were negative, however. One fan tweeted: “Unfortunately this Drake album is up there with the best shit he’s ever made, and y’all are gonna have to answer for yourselves when you get caught partying to it all summer.”

Regardless of whether or not Honestly, Nevermind is Drake’s best work to date, the album is making a splash. The album even reached the marketing teams at Google.

Google, who commercially sponsors Android, used one of the tracks on Drake’s album to pressure Apple into supporting RCS (Rich Communication Services). “The Android team thinks Drake’s new song ‘Texts Go Green’ is a real banger,” Android tweeted. “It refers to the phenomenon when an iPhone user gets blocked. Or tries to text someone who doesn’t have an iPhone. Either way, it’s pretty rough. If only some super talented engineering team at Apple would fix this. Because this is a problem only Apple can fix. They just have to adopt RCS, actually. It would make texting more secure too. Just sayin’. Great track tho.”

Stream Honestly, Nevermind HERE or wherever you listen to music. 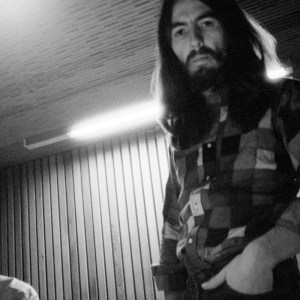