Hardcore masters A Day To Remember wrapped up 2020 with their single “Brick Wall,” which was equally as brutal as the year had proven to be. In the new year the band is readying for their next chapter with “Everything We Need,” from their forthcoming Fueled By Ramen label debut LP, You’re Welcome.

The song offers an alternative to the regularly anticipated sound of A Day To Remember and wraps up the tracklist on You’re Welcome, set to arrive on March 5.  The band premiered the acoustic-leaning ballad for the first time during their livestream acoustic performance, A Day To Remember – Live at The Audio Compound. The band also spontaneously released the stream as a live album, available on DSP’s now.

“This was one of the song ideas I started with Jon Bellion and ended up finishing later on with the help of Nick Long,” vocalist Jeremy McKinnon said about ‘Everything We Need.’ “It’s a song about going on a drive to clear your head and having a pinch me moment. Realizing you have everything in life you need right now.”

The song continues a long legacy of acoustic covers for the band, while also offering fans a different scope lyrically than some of the more brash and aggressive songs like “Brick Wall” and “Degenerates,” featured on You’re Welcome.  The forthcoming record, produced largely by Colin ‘DOC’ Brittain, includes additional tracks such as the current single “Mindreader,” and “Resentment,” which cumulatively gathered over 100 million plays since release on streaming platforms last year.

With an unwavering fanbase, A Day To Remember can barely wait to reveal the remaining songs on the album, which they describe as a hybrid version of themselves that they spent mass amounts of time perfecting.  More importantly they want to extend a gracious thank you to everyone who has been listening and waiting as anxiously as they are for this release.

“It’s finally here—almost. To all our fans around the world, we want to say, ‘Thank you!’ You’ve waited patiently, and we can’t wait for you to hear this,” the band said. “There’s a lot of detail in everything we do from the mixes to the artwork, because it all tells a story. So, we made sure each element was perfect. Every line happens for a reason. We took what we envisioned modern music to be and made a hybrid of who we were, who we are, and who we want to be. It took a lot of maneuvering to get it right, but we feel like we did.”

Pre-orders for You’re Welcome are available here and include merch bundles and several vinyl variants.  All pre-orders will be accompanied by an instant download of all previously released singles, including “Everything We Need,” also available on DSP’s here. 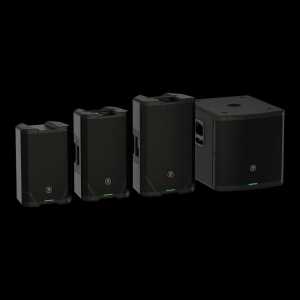 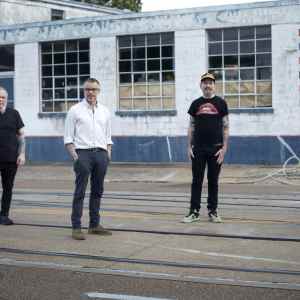