Already a heavy-hitter on the Red Dirt circuit, the Turnpike Troubadours broke through to a wider audience with 2012’s Goodbye Normal Street, a collection of heartland country-rock and genre-jumping Americana that explored life, love, and lust in middle America. We caught up with frontman Evan Felker during a rare break from the road — “I have 15 hours at home to catch up on laundry!” he announced soon after picking up the phone — to talk about the stories behind some of the album’s best songs.

We did a big piece on John Fullbright in our last issue, where he talked about the way his hometown affects his writing. You guys grew up near each other, and you both like to reference your home state in your music. What makes Oklahoma a good setting for a song?

John’s really great at painting a picture, and I’ve always admired him for that. I grew up in southeast Oklahoma. It’s an interesting place that I didn’t know a whole lot about when I lived there, but now that I’ve moved away, it’s easy to romanticize it and place some of my stories there. To give a song a setting is a big priority in writing any sort of story, I think. You need to set it somewhere where your listener can imagine what’s going on, and you can imagine what’s going on, too. And to do that, sometimes you need to know the place really well.

You write a lot about war, too. Several of your characters are either deployed or returning from overseas.

Those songs are about real people, you know? They’re good characters for a little story, and I know enough about their lives because we’re sat around and drank beer together, and they’ve told me what’s been going on. A song like “Southeastern Son” is based on my cousins, both of whom are deployed. Not everyone gets into the National Guard to be a hero or save the world. Those guys were just trying to make a living in a small town. Not to detract from the work they’ve done or anything… but they just weren’t planning on leaving the country when they signed up. I thought it was an interesting standpoint.

“Blue Star” explores something similar. What’s the story behind that one?

A blue star is the serviceman’s flag that mothers put in the window when their sons are deployed. They’re called the Blue Star Mothers. After he heard it, Corb Lund sent me a message saying he liked the song, and he thought it was some kind of whiskey. But it’s about taking down the flag out of the window. My grandma had one of those in her window for my uncle, who I wrote the song about. He’s been deployed an insane amount of times — eight or ten times over his career as a marine — so she had one of those in the window, and that song’s about him.

Does a song come easier when you’re drawing inspiration from a real character?

Absolutely, because you’re inspired by someone’s actual story. Or your own story. When you’re inspired, things have a tendency to just happen, and that’s when you wind up with some songs.

You share a few co-writes on Goodbye Normal Street, but “Call a Spade a Spade” is the only song where you share vocals with someone else. What was it like to write and sing with Jamie Wilson?

That’s the first duet I ever wrote. I’d already written the bigger part of that song from the perspective of a single narrator, and I didn’t particularly like it. I had sort of a novel idea of doing a “cheating song” as a duet, and it just seemed really interesting. Jamie, who plays with The Trishas in Texas, wrote the female part.

Every time I listen to “Empty as a Drum,” I feel like it ends with an ellipsis… like there’s a final chapter you purposely leave out. Was that purposeful?

Yeah, it was. I’d been reading a lot of short stories, and I thought that could translate over to a song. I wrote a few songs modeled after short stories. There’s two ways to look at it: either the song reads like a short story, or I was just too lazy to come up with anything else. Ha! I think the story kinda goes on in your head, though, if the song is written correctly. You don’t have to be told what happened. Your mind’s already working on some kind of conclusion.

That way, the song can end a million different ways according to who’s listening.

Right, but in my opinion, “Empty as a Drum” is the only song of mine that sort of has a happy ending. She finally shows up! The girl isn’t supposed to show up the entire time, and this guy is just sitting around at the bar, being a sad sack. That’s all that happens in that entire song, until the girl actually arrives at the very end. But who knows what happens after that.

Speaking of unhappy endings, “Good Lord Lorrie” ends with the narrator losing the girl because he’s too drunk to stop her from leaving.

Well, I grew up in the part of the country where that song is set. A pal of mine had a trailer house in Eagletown, which is halfway between Broken Bow and De Queen, Arkansas, and we’d go hang out there and play guitars and drink beer and play cards. Everyone was still working at that time, before the band took off. So it was set at his place, and then it’s about a guy who’s set up to be a hero the entire story, but he just gets drunk and ruins it all for no reason. You set him up as an underdog, and then you let him be the underdog at the end, too. I thought that would be a good way to end it.

You can’t help but root for him.

Right. The girl’s family has a bit of cash, but the guy really loves her and she really loves him. It’s kind of like forbidden romance that’s probably forbidden for a reason, you know? It shouldn’t happen. But the guy is really romantic; he thinks he’s gonna go see her, even though he’ll get his ass whipped if her brother catches him. He doesn’t care. But as the night goes on, he just gets drunk and pisses everybody off.

Sounds like that one was written about a real character, too. We’ve all done that sort of thing before. 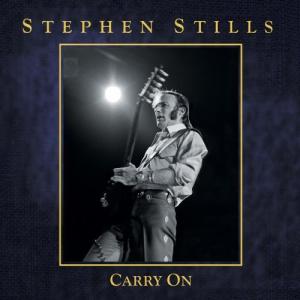 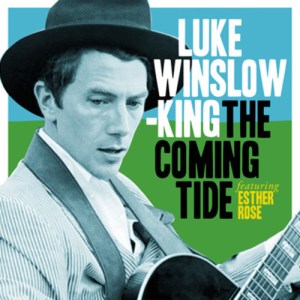