A$AP Rocky has been charged with two counts of assault with a semi-automatic firearm on Aug. 15. The rapper is accused of firing multiple shots at a former acquaintance during an encounter in Hollywood, California in November 2021.

“Discharging a gun in a public place is a serious offense that could have ended with tragic consequences not only for the person targeted but also for innocent bystanders visiting Hollywood,” said Los Angeles County District Attorney George Gascón announced in a statement. “My office conducted a thorough review of the evidence in this case and determined that the addition of a special firearm allegation was warranted.”

The 33-year-old rapper, whose real name is Rakim Mayers, was arrested in April 2022 in connection to the shooting and was detained at Los Angeles International Airport after returning from a vacation with his wife Rihanna. The non-fatal shooting took place in Hollywood on Nov. 6 when an argument escalated between the rapper and his acquaintance, leading to Rocky allegedly firing a semi-automatic handgun and the victim sustaining a minor injury. Rocky was released on a $550,000 bond.

“On Nov. 6, 2021, around 10:15 p.m., an argument between two acquaintances occurred in the area of Selma Avenue and Argyle Avenue, in the Hollywood area,” read the Los Angeles Police Department (LAPD) statement at the time of the apprehension. “The argument escalated and resulted in the suspect firing a handgun at the victim. The victim sustained a minor injury from the incident and later sought medical treatment. Following the shooting, the suspect and two additional males fled the area on foot.”

In 2019, Mayers was also arrested and charged with assault in Stockholm, Sweden for a street brawl when he allegedly attacked someone with a bottle and spent nearly five weeks in jail.

Rocky will be arraigned on Aug. 17, and the LAPD will continue to investigate the case. 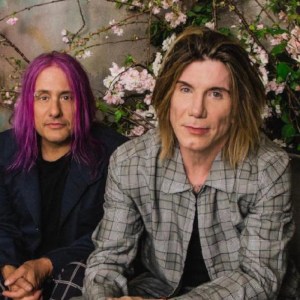