After arriving late on stage and only performing nine songs, his show came to a halt. In the video below, the rapper appears visibly upset about his performance’s abrupt end, however, many fans were just as disgruntled. One fan posted on Twitter, writing “We can talk about @RollingLoud but asap Rocky was late, spent so much time talking about moshing, and other stuff and was MIDD! He could have just played more songs!”

The artist took to social media the next day, releasing a statement to fans in apology.

“I am so hurt right now!” the rapper began. “Last night was supposed to be a turning point in my live shows from the old to new! I will take full responsibility for the circumstances of what led to last night’s show being everything it was and everything it wasn’t.

“I also want to acknowledge that even tho I prepared the best show for my fans, detail for detail, over the course of MONTHS…” he added, addressing his performance’s shortcomings. “I was unfortunately not able to bring my vision to fruition and I’m hurt about that and I want to apologize to all of my fans and continued supporters, and thank y’all for showing up for me regardless!!”

A$AP’s show, however abridged, included a run-through of hits like “Lord Pretty Flacko Jodye 2.” Rocky also brought out Memphis rapper GloRilla to perform her hit “FNF.” Watch the performance below.

In the last year, A$AP Rocky has appeared in headlines in a not-so-flattering light. With his partner, Rihanna, being crowned as next year’s Super Bowl halftime show queen, maybe the rapper will make a redeeming appearance alongside her. 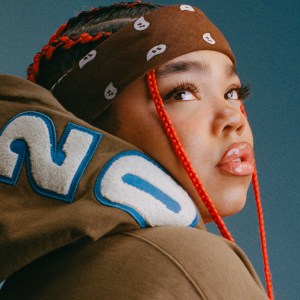 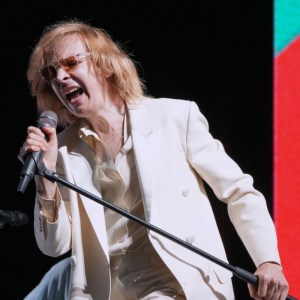