“‘Uncomfortable,’” Bryce Vine said. “That’s probably the best way to describe it. It was very uncomfortable.”

For the 33-year-old, Los Angeles-based rapper and songwriter, the woes of the pandemic hit just as hard as it did for a lot of other musicians of his stature. Luckily, he was in an economic position where he could hunker down at home and bide time, but the disorienting effect of suddenly losing the ability to partake in the bulk of the activities his livelihood necessitates had a profound effect nonetheless. Alone with nothing but time and space to reflect, he ended up gaining a whole new perspective on his life… which had a tremendous influence on his music.

Writing at a more rigorous pace than ever before, he started chugging out songs left and right—now, those songs are starting to come out. On August 5, he premiered “Miss You A Little,” a feel-good, summer-vibes collaboration with lovelytheband.

“For those of us who had to just wait the pandemic out—which was the best-case scenario, if you had the ability to do that—it was either an opportunity to grow or get worse,” Vine tells American Songwriter. “For me, what it really came down to was working on these songs and just trying to do some good.”

See, the “good” Vine is talking about hits on a couple of different levels. For starters, he devoted himself to creating music that has a happy, uplifting feel—listening to “Miss You A Little,” it’s obvious that his devotion paid off. Beyond that, though, Vine has been using this time to work on himself as a person… which led to a pretty impactful romantic endeavor.

“I had never committed myself to a relationship with someone before,” he explained. “When the pandemic came and my life stopped, I realized ‘Oh, I’ve been living like a kid.’ I’ve been on the road constantly, just having fun. But, I met somebody… I’ve never stayed with one girl for too long before but now I’ve been dating someone for over a year. That’s a new challenge, and it’s helping me become the best version of myself. It’s impacted my health in a positive way, especially my mental health—and it definitely impacted my writing. We live in a time when there’s very little new information to grab, but I was able to spend all my time in the studio coming up with stuff. I wrote around 50 songs, which used to take me, like, my entire life.”

With an unparalleled level of inspiration, Vine was in the perfect state of mind when Mitchy Collins of lovelytheband reached out in the fall of 2020. “There was a week where Los Angeles opened up last summer,” Vine remembered. “It was right between the protests and everything else going on at the time. I met up with Mitchy from lovelytheband for a drink at a bar and he played me the little idea he had—the hook of the song with his vocal part.”

That was the beginning of “Miss You A Little”—in love with the idea, Vine immediately began whipping it into shape. “We spent the next six months writing that song separately,” he explained. “We’d be in the studio writing the verses and the producer would be at home, helping us work on it via Zoom. It was a weird experience, but we were working on it during the six months where the pandemic and everything was really going on.”

Through it all, Vine saw “Miss You A Little” as a good opportunity to spread some of that deeper “good” he was talking about earlier. Not only is the hook blissfully catchy, but his easy-going attitude is palpable, making the highly relatable message even more resonant.

“As soon as Mitchy told me what the song was about, I was like, ‘Okay, this is the most relatable thing ever,’” he said. “It’s like the feeling you get right after you break up with somebody and you remember all the beautiful things for a while. Then, time goes on and you remember, ‘Well, maybe it wasn’t so great.’ So, then you’re like, ‘I miss you, but only some of the time.’ That’s brilliant.”

In the end, after the past 18 months of strife, Vine saw bringing some relatable fun into the world as the least he could do to spread some joy… which can be a mighty powerful thing at a time like this.

“I feel better than I did before, I really do,” he said. “I think that a lot of artists in this moment are thinking about what they want to sing, what they’re going to respond to best, and what you’re gonna want to yell at the top of your lungs. I just want to write songs that make people feel good, make them feel happy no matter what they’re dealing with. We’ve been so stressed out and happy music makes people feel better. So, I’m just going to double down on that. If I can make other people feel good, that’s enough.”

Bryce Vine’s new single “Miss You A Little (feat. lonelytheband)” is out now—check out his upcoming tour dates HERE and watch the music video for it below: 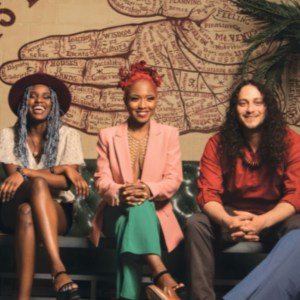 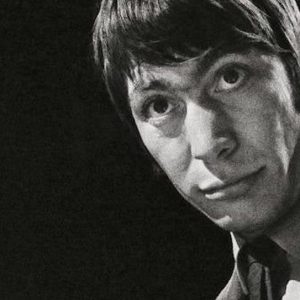