Meeting one’s heroes can sometimes be an iffy proposition. One never knows whether a chance encounter will fulfill one’s expectations or leave a somewhat soiled impression.

In my case, it was a bit of both. But meeting Charlie Watts was an occasion I’ll never forget.

I was living in St. Thomas, U.S. Virgin Islands when the Rolling Stones decided to encamp overnight on the island as a respite from their chaotic 1972 American tour.

The day started like any other.  My dad and I were driving down Main Street in the island’s busy capital city, Charlotte Amalie. As we were getting to the end of the block, I happened to glance up at a longhaired fellow ambling along the sidewalk. He looked strangely familiar, but as is often the case when you spot someone in an unexpected circumstance, I couldn’t quite figure out who he was. I knew he was someone, likely somebody famous because he just seemed to stand out. And yet, the familiarity factor wasn’t giving me any clue.

Then suddenly I realized who I had seen. It was none other than Charlie Watts on a shopping stroll through the tourist Mecca that was my hometown. I jumped out of my dad’s car, giving scant little warning, and raced back to where I had seen him. He had entered a gift shop, so I waited patiently for him to reappear. When he emerged, I found myself face to face with Mr. Watts himself and the Stones sax player, Bobby Keys.

Charlie was nice enough to engage in a brief chat with his awestruck young fan, during which he disclosed the fact that the Stones were ensconced on the island overnight. Keys, on the other hand, appeared impatient and showed little desire to derail their shopping excursion. He kept walking as if urging Charlie to follow, which the drummer did after bidding a gracious goodbye.

At this point, I was intrigued. The Rolling Stones were somewhere nearby. And I determined to make items mission to seek them out.

That’s when I decided I’d ring up every hotel on the island in order to find out where they were staying. Nowadays, of course, security would preclude that possibility, but this was decades before 9/11, eight years prior to the murder of John Lennon, and a lifetime before random gun violence and anarchy pervaded the American psyche.  It was still safe to be out in public and undisturbed by stalkers and celebrity seekers.

As a result, the first one I called willingly affirmed the fact they had one Charlie Watts in their registry.

Wasting no time, I made my way to the hotel and ventured to the beach where I spotted Charlie guitarists Keith Richards and Mick Taylor and other members of the Stones entourage encamped at the far end of the property. (Bill Wyman was the only Stone who wasn’t present; as I later learned, he was taking his vacation in Arizona.) As I sat on a lounge chair, trying to figure out how I could work my way into the inner circle, Mick Jagger suddenly emerged from the beach bar and began walking towards his compatriots. His path took him towards my vantage point, and it was then, without even thinking, that I jumped up out of my lounge chair and approached him. Mick looked at me suspiciously, but I didn’t let that deter me from attempting to engage in him in conversation. I asked about the first show of the tour, which was reportedly rather unruly.  Mick didn’t seem to mind, and sensing I had ad an opening, I accompanied him back to the band’s encampment.

Unfortunately, once in their midst, I no longer knew what to say. I was starstruck with shock and wonder. After all, I was in the presence of the Rolling Stones, the greatest rock and roll band in the world. Not knowing what else to do with myself, I awkwardly perched against a palm tree acting like an all too obvious intruder.

Immediately, Richards began ridiculing me. “What’s this, a Pinkerton guard?” He asked sarcastically. “Yeah, right,” I shrugged, struggling to summon a response.“

Yeah Right!” Richards replied, apparently intent on crushing what was left of my confidence.

I was more than shaken. Here I was, just an innocent kid, humiliated and embarrassed by one of my heroes, albeit a bad boy with a wicked reputation.

That’s when Charlie Watts came to my rescue.

“He’s alright,” he assured the others, and from that point on, no one seemed to mind the awkward eavesdropper in their midst. The band began to reminisce and Charlie served as a storyteller of sorts, entertaining the others with anecdotes and observations shaped by mutual memories. I got the impression that everyone looked up to Charlie, and though he was only a couple of years older than his bandmates, he served in the role of their senior statesman.

Eventually, Mick’s then-wife, Bianca Jagger, sauntered over, and being that they were still newlyweds, they began passionately making out on a lounge chair, seemingly oblivious to the fact that the others were around. At that point, I felt like a voyeur. Eventually, they bid their goodbyes, apparently intent on finding a place where they might further pursue their passions, I struck up a conversation with Mick Taylor, telling him that I was less than enthusiastic about living on the island, this chance encounter aside. I then asked if they were amply stocked with stash during their stay, thinking that perhaps I could graciously offer to accommodate their needs. “We’re all taken care of,” Taylor assured me. Good thing, since I was hardly in any position to procure the kind of contraband that would satisfy the Stones. On the other hand, had I been given the opportunity to try, it might have earned me Richards’ respect.

Eventually, everyone drifted off, except for Charlie, who by then had drifted off to sleep on his lounger.  Encounter over, I took one last look as he dozed undisturbed.

I was suddenly taken with the notion that here was the drummer for the most famous rock band in the world sleeping peacefully without any care or concern. He was simply another tourist soaking up some rest and respite beyond the glare of intrusion wrought by fame and fortune.

I’ll never forget that chance encounter, and I’m still grateful for the graciousness that Charlie showed this eager young admirer. My final impression was seeing him resting peacefully on that fortuitous afternoon. I still think of him as he rests in peace now. 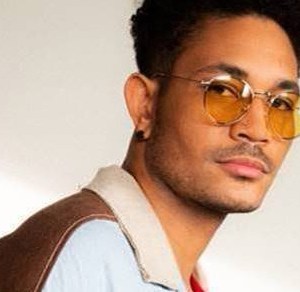 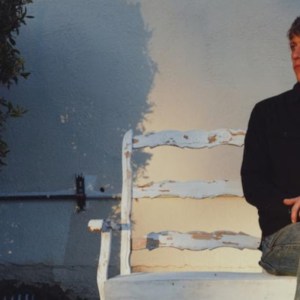