Marcus Yates has a rare ear for rhythm. Whether it stems from his musically inclined family or his passion for dance, this emerging singer/songwriter makes it look easy. Earlier this month on June 4th, the artist released his breezy R&B track entitled “After All.”

“‘After All’ is simply about trying to convince someone that you’re fit to be the one for them. The verses are filled with reasons to make it all come together. I took some inspiration from the song ‘Don’t Ask My Neighbors’ by The Emotions. I just wanted to create that vibe again honestly. It’s such a timeless record,” Yates told American Songwriter.

As Yates rolls through verse after verse, one can imagine the scenario Yates lays out. It’s a recurring dance between strangers as they test each other’s interest, yet this time Yates is taking the lead. The artist puts himself out there in singing, Don’t be scared to take action and call/ I might be a good thing for you after all, after all.

The sound of these verses match Yates’ lyrical approach— it’s as smooth as the artist’s confidence. “Honestly I think of coconut milk every time I hear the tracks instrumental or some type of liquid being poured. The image of me putting my pride aside to take that initiative to be with someone connects with coconut milk being poured, it’s weird I know but it’s the vibe I get,” Yates revealed. “Other than that my imagination, it’s a laid back, semi-groovy blend of 808 drums that’s very easy on the ears. I’ve played for people and within the first loop of chords, I notice a sort of swoon from all of them.”

In “After All”’s groovy inception, Yates freestyled a majority of the verses on top of the beat until the last hook. He was so entranced with the message of “After All” that it flowed out like it was pre-written in his mind.

“This song means a lot to me personally because around that time I was months removed from a previous relationship and I was sort of lonely as far as sharing love with someone and my slate was pretty clean so I could start from square one with anyone I was interested in. At that point, I knew I was fully capable of offering a good time. I want people to feel the confidence to go after what they love or who they love (without being weird of course). Knowing you’re capable of loving something or someone goes a long way,” Yates explained.

Overall, “After All” is the push we needed to strike out for ourselves. Add “After All” to your playlist for the boost you need to make your move.

Check out the music video for Marcus Yates’ “After All” below. “The video is basically all my friends from the past five to seven years coming together with our different taste levels and creating something beautiful. I told them I wanted artistic expression and they delivered 100%. I personally believe in giving the viewer a wide variety of colors and shapes to wonder and sort of make their own opinion of what my song means to them. It was amazing how the whole crew was invested and excited little ol’ me. I had to pinch myself a couple times like, ‘man we’re actually doing this—this is happening.’ Shoutout to the people behind the scenes who created beyond what I could even see and making my job as easy as possible. They pulled a lot resources that I couldn’t fathom,” Yates concluded. 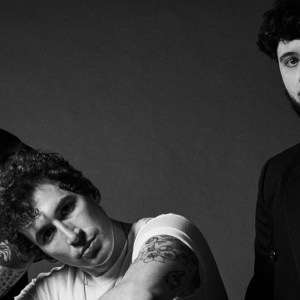 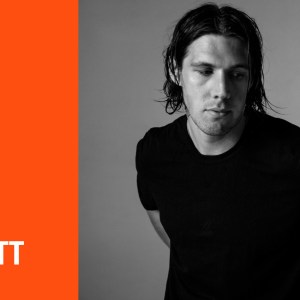