When Slipknot and Stone Sour vocalist Corey Taylor was just 17, he began his adventure as an artist, jotting down poetic lines in his English class notebook as a sophomore at Lincoln Highschool in Des Moines.  But at that time, he was still trying to figure out where those notes would take him.

Not sure if he wanted to be a poet or a lyricist yet, he knew he had a great story about turning your back on the devil. The story that mirrored great musical mysteries like that of Robert Johnson at the crossroads, would sit in a box tucked away at Taylor’s grandmother’s house for decades, until Taylor would eventually finish it and place it as the opening track on his debut, solo record, CMFT.

As a lyricist Taylor has gifted the world many great songs with Slipknot and Stone Sour, from hits like “Bother” and “Through Glass” to metal rally songs like “The Heretic Anthem” and “Duality.” And now he is going to be showing people one other facet to his personality, one that is rich is blues driven riffs, brutally honest lyrics, storytelling and even a collision of rap and rock on the single “CMFT Must Be Stopped”, featuring hooks from rappers, Tech N9ne and Kid Bookie.

“The exciting part is being able to share more of my background and influences with people, one that I’m maybe more tuned into playing with friends,” Taylor told American Songwriter. “This is a coming out thing for me, maybe a handful of people have seen my solo shows, where it’s a mix of solo stuff and covers, so it’s that kind of vibe. This is much more celebratory, it’s me coming back to the touchtone and celebrating the kind of music that made me love it in the first place.”

This isn’t the first time Taylor has experimented with the idea of a solo project, but back then he wasn’t ready to bear the complete weight of it all, but also did not want to create another band just to do so.  When the time was right, he knew he would do something that was whole-heartedly him and just him. As time passed, Taylor began showing his fans tiny glimpses of solo material at live shows while promoting Stone Sour’s Audio Secrecy album and people were asking for more.

“I realized as more people asked me about solo stuff, that it was hard for me to say no, because I had these songs that I really wanted to record and play,” he said. “A part of me wants to prove to myself that I’m a good songwriter and I can hold my own with people who I look up to, that I can create something special from scratch. And I’ve finally got the chance and it’s better than I thought it would be. It was one of those things where you get one shot, so I went for and I’m really proud of it.”

Taylor opened his debut record with “HWY 666”, a heavy song that got its beginnings almost 30 years ago, in the scribbled words from the same high school notebook Taylor dug at his grandmother’s.  Spawned out of dark and visually provocative imagery that illustrates a push-back with the devil, he couldn’t think of a better way to bring his youthful dreams and uncertainty full circle with his current success. The teenage, poetry also tied his rebirth as a solo artist to him as an adolescent and as a man who has finally grown up and faced the devil- in his own ways.

“I was 17 and I remembered liking it so much that I took the notebook with me, thinking maybe someday I’ll finish that. Low and behold it came time to put together some demos and I started with that one, thinking it’d be cool with a rockabilly Pantera vibe to it and kind of beefed up the story about someone turning their back on the devil when he’s offering them everything. It starts the album because of the tempo, it’s a stomper that gets your blood going and puts you right in the middle of it. But it was also great to start because of how old the verses were. It was like ‘how far back do we want go back?’ That was when I was realizing my potential and where I wanted to go with my life, so I wrote the chorus and finished it.”

Before Taylor’s solo debut, he was knee deep in battling depression, anxiety and alcohol and to some extent, always will. But he is using those fights, and his own shortcomings that he has confronted over the years as a maturing artist and human, to write songs like “Silverfish,” a no-frills tune with a southern rock meets grunge vibe “like if Alice in Chains grew up in Georgia,” as Taylor described it, that gives a look at the darkest times for Taylor.

“The lyrics were about the tightest hours of the day when your facing depression, addiction or compulsion,” Taylor said about ‘Silverfish.’ “It’s easy to ignore the voices or pain during the day when you’re distracted and manic enough to keep yourself busy. But at night, everything is just quiet and it’s you and your thoughts and those little things slip in and you have to deal with it. And sometimes that’s the toughest battle for me. I’ve dealt with depression my whole life and I’ve made peace with my demons and addictions. I’ve tried to dedicate myself to being a better person and sometimes you don’t get it right, but it’s whether or not you get back up. It’s a tough subject but it’s also one I strive to push others to understand.”

What allowed Taylor to get back up after his own struggles was not “bullshitting” himself. “You can’t lie to yourself and expect to get results, you have to be brutally honest with yourself,” he said. While pushing these topics in his music, he also addressed how people often perceive darkness, sadness in an almost romantic light, especially as a musician. “Too many people focus on the negative, because they’re bullshitted into thinking there’s a romance to it. Instead, focus on what you can do. There’s a weird stigma that (recovery) is some Tim Robbins self-help guru bullshit and it’s not. You should ignore the stigma of trying to better yourself, because at the end of the day, who else is going to have your back?”

Having gained control over his addictions, Taylor still found himself taking things for granted. But during his first trip to London with his wife, Alicia Dove, he saw, once again how innocence perceives the world.  Taylor had been to London many times before, but this was Dove’s first time and she was completely in-awe, even while they were freezing, galivanting around the cities sights in winter temperatures. And arriving, home inspired by his wife and her enlightening view on life, he wrote “Black Eyes Blue.”

“Experiencing something through someone else’s eyes was one of the most beautiful experiences I’ve ever had,” Taylor said. “Because you forget how cool your opportunities are until you see it through someone else’s eyes. We were there in the winter, checking stuff out, freezing our asses off, but she didn’t care, she had a smile that was ten-miles-wide and enjoyed every second. I realized that not only is this one of the main things I love about her, but it hit me that I take a lot for granted. Sometimes you have to take second and see what’s going on. It’s about coming to that realization that you’re finally with someone who encourages you to enjoy life not just exist in it.”

In addition to so many more intimately written songs like “Silverfish” and “Black Eyes Blue” Taylor also dips into his aggressive persona for songs like “CMFT Must Be Stopped” that show Taylor’s confidence, swagger, and hip-hop influence.  The rap-rock vibe is laid out by freeform lines in the guest features from Tech N9ne and Kid Bookie. And as a fan of both artists, Taylor gave them “carte blanche” when it came to writing their parts.

“I said here’s your bars, get it on… it’s about the collision of art and style and working them together instead of against each other,” Taylor said.

This clash is exactly what Taylor wanted for his debut solo record and he got it with a vast variety of music and well-crafted lyrics.  And this new side of Taylor could be something he pushes on with as a new focal point in his career. He has enough solo material for three more records right now and has every intention of sharing all he can. “It feels like where the next stage of my career is going,” he said.  “I’ll always have Slipknot and Stone Sour is always something I look fondly on, but this is just more me and where my heart is right now, so I’m going to do this as long I can get away with it.”

CMFT is available everywhere October 2 and Taylor will be kicking it off with a global livestream, Forum Or Against ‘Em, at The Forum in Los Angeles, that same day, complete with pyro, antics and a full setlist of songs from CMFT as well as Slipknot and Stone Sour’s catalogs.

Tickets are available here and you can pre-save CMFT here. 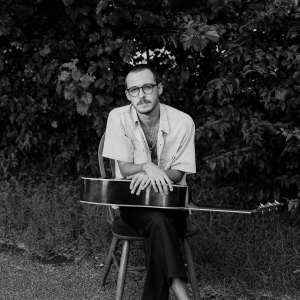