Today it is nearly impossible to remain unaware of the hit Broadway musical Hamilton written by Lin-Manuel Miranda. The musical almost instantaneously grabbed success after opening and has since then won a myriad of awards including eleven Tony Awards, a Grammy Award and a Pulitzer Prize (just to name a few).

Despite Miranda’s undeniable success with Hamilton, the beginnings of songwriting for the musical were uncertain and unusual. The first song Miranda wrote for Hamilton, “Alexander Hamilton,” was uniquely inspired and quite literally set the stage for subsequent songs.

En route to well-earned vacation, Miranda happened to pick up and purchase a copy of Ron Chernow’s 2004 biography of Alexander Hamilton. Upon reading the biography, Miranda quickly became consumed with Hamilton’s life, especially his early years.

Hamilton’s story is that of an immigrant’s story and a story about the founding of America, which gave Miranda an abundance of emotion and content to work with.

After writing “Alexander Hamilton,” Miranda decided to debut his hip-hop take on the founding father’s life.

At the White House.

In May of 2009, Miranda was invited by President Obama’s staff to perform at a Poetry Jam in the White House. Miranda was expected to perform a song from his earlier success, the musical In the Heights, but instead decided to perform “Alexander Hamilton,” the only song he had written for Hamilton at the time.

In a 2018 interview, Miranda confesses, “No one besides my wife and the shower had heard ‘Alexander Hamilton’ until that night. I felt like, well, if it doesn’t work in this room, when’s it gonna work? …. I thought, if it doesn’t work well here [the White House], I’ll put it aside and start something else.”

So, Miranda got up before the first family of the United States and announced “Alexander Hamilton” for the first time in 2009. Here’s Miranda’s introduction to the song, now available on The Obama White House’s YouTube page:

“It’s a concept album about the life of someone I think embodies hip-hop: Treasury Secretary Alexander Hamilton. (laughter) You laugh, but it’s true! He was born a penniless orphan in St. Croix of illegitimate birth, became George Washington’s right-hand man, became Treasury Secretary, caught beef with every other founding father. And all in the strength of his writing, I think he embodies the word’s ability to make a difference.”

And in Miranda’s own writing, the song “Alexander Hamilton” kickstarted the musical that has had incredible power in bringing people together.

The musical cast the founding fathers with almost all African-American and Hispanic performers to tell “[t]he story of American then, told by America now.”

Oskar Eustis, the Artistic Director for the Public Theater in New York City, explains the power of this decision: “Lin is telling the story of the founding of his country in such a way as to make everyone present feel they have a stake in their country…. By telling the story of the founding of the country through the eyes of a bastard, immigrant orphan, told entirely by people of color, he is saying, ‘This is our country. We get to lay claim to it.’”

“Alexander Hamilton” continues to bring people together, even off the Broadway stage. Recently, in the second episode of John Krasinski’s quarantine inspired video series titled Some Good News (SGN), the original Hamilton cast surprises a young fan by calling her to perform “Alexander Hamilton.”

Skip to minute 10:36 to watch the original cast of Hamilton, including Miranda, perform “Alexander Hamilton” via Zoom call. 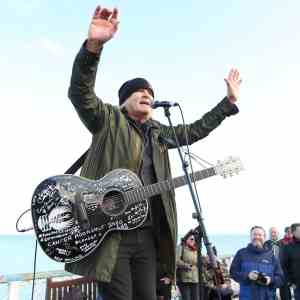 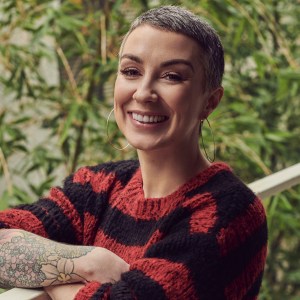