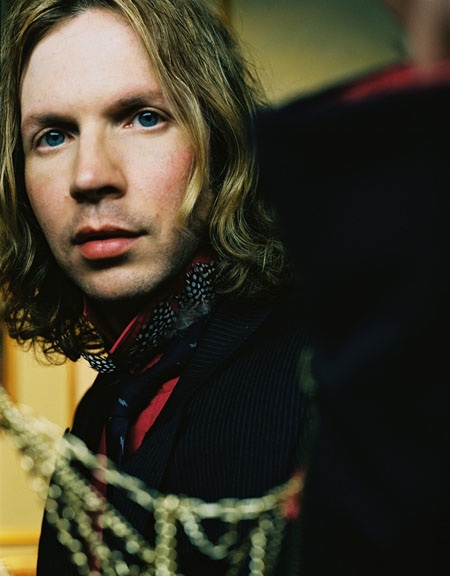 What do you do after you’ve been pushing the limits of music for the last decade?

For Beck, it seems, maybe he’s not so sure anymore.

In a recent Pitchfork interview, Beck is tepid on the subject of an album he’s been working on for about two years. Maybe, he says, he’ll release it some time this summer, or maybe, he’ll just put it up on his website, Beck.com.

“I’ve worked on it a little bit here or there but it’s the kind of thing where I turn around and two years have gone by and it starts to get less relevant to what’s happening at large,” he told Pitchfork. “At this point, five other bands may have done something that felt really exciting and new two years ago… It’s just a matter of the songs being good enough and not embarrassing.”

With a string of slumpy, mid-aughts albums like Guero and The Information, some have doubted Beck has the same clout that he did back when he dropped Odelay in the mid ‘90s.

But Beck has been busy as hell lately, mostly working outside the usual domain of the Beck LP. He’s been contributing to lots of soundtracks (True Blood, Twilight: Eclipse, Scott Pilgrim Vs. the World), producing artists like Charlotte Gainsbourg, and collaborating with Tobacco. And then there’s his Record Club, where he has invited his famous friends to help cover an entire album in a single studio session. So some might argue that the internet has revitalized Beck.

“Beck’s trying to redefine his online image right now,” Lee Martin, who helped redesign Beck’s website told Wired.com back in 2009. Utilizing top technology platforms like Vimeo for video hosting and SoundCloud for audio was a great move. And, indeed, Beck.com has become one of the best music nooks on the internet.

For Beck, though – and by his own admission – it seems it’s just hard to stay up with all the young dudes. Why is that?

Bands are flooding from so many different outlets on the internet. Just look at Pitchfork’s launch of baby-blog aggregator/chillwave sympathizer Altered Zones as an indication that we may be reaching some kind of indie saturation (or boiling) point.

Beck is the Godfather of the whole scene in many ways. And he certainly taps some of the hippest of the current brood (MGMT, St. Vincent, Liars) for the Record Club.

So all this makes it a little hard to watch Beck second-guess himself like this. While the Record Club is a model of how to win on the internet – breezy, carefree riffs on classic recordings, available for free streaming – admitting to indie tastemaker Pitchfork that he feels “less relevant” is certainly not.

Should Beck just stick to his successful combo of one-off collaborations and covers albums? Does he have what it takes to age gracefully? Only time will tell. 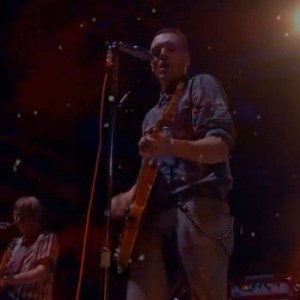 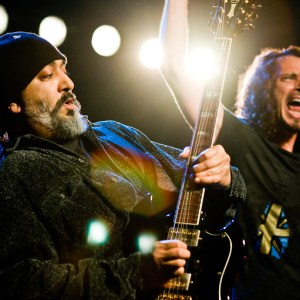