Elizabeth McCullough, also known as the New York City-based rock and roll artist, Alpha Cat, knew the moment she had to give up drinking. She was at a diner and had ordered a greasy cheddar cheese omelet. But as she waited there on the counter, she shook. Her body wanted a drink so badly that she could hardly sit in her chair. That’s it, McCullough thought, enough. And she hasn’t had a drink since. McCullough’s personal history is full of episodes like this: difficulties she’s had to navigate to find herself in safer waters. As such, the concept of freedom is central to the music of Alpha Cat, which is most evident in the latest music video for the single, “Thatched Roof Glass House,” from the 2019 album of the same name.

“I decided way back when I was in graduate school,” says McCullough, “that basically everything that occurs in life that you witness is a metaphor for what’s going on inside of your head. And with this song, that’s definitely the case.”

On the track, McCullough sings, “Can’t say I need more possessions / but I’d be lying if I said I didn’t want more of you / don’t have to give up our freedom / but I think it’s all become clear / ‘cause when I say I’ll be right back / you say I’ll be right here.” Her lyrics demand personal space while at the same time, McCullough hopes, there will be someone to return to. To further drive this point home, the song’s music video ends with a glass house shattering. Even home isn’t safe, if it confines, McCullough seems to say.

“It’s kind of like the blueprint for an ideal relationship,” she says. “Where each person has their freedoms to be who they are but at the same time they can know that the other person is going to be there when they come back.”

The dichotomous balance between devotion and independence has perplexed people since the beginning of time. For McCullough, the issue is especially loaded. In 2003, she lost her father to a battle with Alzheimer’s disease. The event devastated McCullough, sending her into serious bouts of depression, suicidal ideation, drug use and creative inactivity. At the time, McCullough felt that her father was her guiding light – perhaps her only guiding light. The loss was severe.

“He was the only person in my life that I felt loved me unconditionally,” McCullough says. “He was someone who was always about logic and the intellect. I can remember one day at breakfast, him starting to cry and saying, ‘You don’t know what it’s like to lose your mind!’”

As Alpha Cat, McCullough recorded music in the late 90s. She had been in the middle of recording a new album, titled Venus Smile, in the mid-2000s when her life began to erode. Gigs she’d booked didn’t pan out. Music didn’t feel important. She lost her way. For 12 years, McCullough struggled with depression and its crippling effects. But with the help of friends and other musicians, McCullough eventually began to recover.

Part of that recovery meant revisiting the Venus Smile recordings, recorded many years prior. She found a talented engineer to help remix them. And, on August 21st, 2019, 16 years to the day after her father died, McCullough released the album, now titled, Thatched Roof Glass House.

“I had never not had a belief in the universe or myself or my passion,” McCullough says. “But when I had my breakdown, I lost all of it. There was nothing. I was dead.”

But now, she’s back. The seven-song album is infused with spirited, lively energy. McCullough sings with authority and grit, backed by crisp, clear instrumentation. “Mona Lisa in a Comic Book” is a trippy walk down a lucid dream sidewalk. “Mockingbird” chimes and flutters. And the record’s titular single hypnotizes with percussive acoustic rhythms as it delivers its message of the importance of love as intertwined, breathable freedoms.

“Recently, I found myself opening my heart again,” McCullough says.

McCullough, who got her first guitar at 16-years-old and “secretly” wrote songs, would later study painting and photography. With each, she depicted rock musicians, from locals on the east coast to larger-than-life depictions of Mick Jagger. Not thinking she, too, could one day be a musician, McCullough eventually got over that fear and started to record music. Through successes and failures, joys and sadness, McCullough has persevered. If at one time depression was an all consuming, subsuming black hole, the songwriter has finally found her way through to clearer space.

“With my songs,” McCullough says, “They can often feel like letters I’m writing to my future self. So, when the phrase, ‘Thatched Roof Glass House,’ popped into my head as I was writing, I understood immediately the obvious symbolism. I had to break down all of the walls.” 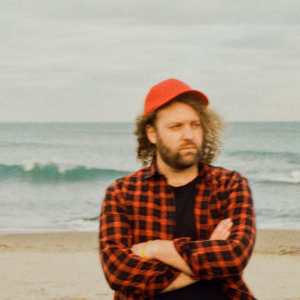 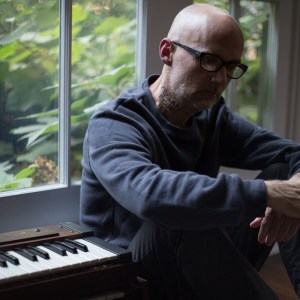