A folk singer swoops in from outer space and snatches something important to you, something you cherished and nurtured, and then takes off leaving you dumbstruck as you watch the space ship fly away. Maybe it’s far out concept, but it hits the inner coil of working hard toward something, fighting to keep it from slipping away, all the while feeling like a complete outsider, a notion Australian artist Tom West explores on “A Folk Singer from Outerspace.”

The song came to West one night at a show after an interaction with another musician who was sharing his bill. “I felt like I was being put in my place,” West tells American Songwriter. “At that time, I was performing material that was raw and heartfelt, [and] I was exhausted from toiling and performing for so long without catching a break. It was an extremely crushing moment. I felt so low then that, in retrospect, maybe the only way out of that was to write a ridiculous song.”

Heartfelt in its lo-fi hum, West’s satirization of a crushing moment is easier to digest in its sincere prose of I thought I had it figured out / I thought I had my ducks in a row / Then when I was driving to work, a folk singer popped up on the radio.

Visually, the humor transfers in what appears to be a folk singer… from outerspace. In the video, shot, directed, and edited by West, an aluminum helmeted “being” walks around and interacts with “humans,” trying to find his way in the everyday world.

West seems to have a penchant for far out places—even the Southern Hemisphere. Off his upcoming album, Antarctica, out June 19, ”A Folk Singer From Outer Space” is enveloped in a fuller orchestration that West hopes to transfer live with guitar and vocals. Produced by Allen Tate and recorded in Brooklyn, NY, the track was also mixed and mastered by Grammy nominated Tyler McDiarmid (“Saturday Night Live”).

“I like the way that chorus lifts nicely,” says West. “I like the turns in the chord progression. I like the fact that I’m playing a sentimental $100 nylon string guitar I got in Mexico. I like the performances of the piano and double bass a lot. I like the prima facie simplicity.”

Antarctica was recorded in 2017 through 2018 and was already on hold before the Covid-19 pandemic hit, so West didn’t want to put it off its release any longer.

“There is no doubt that the pandemic has blown a huge hold in my plans as a heavily live performance-based act,” says West. “However, when weighing up the virus, the fact that I’ve been touring heavily for over a year now and that waiting for Covid to blow over might mean another indefinite hiatus on releasing, then I think the right thing to do is get these songs out so I can start sharing and talking about them with fans.”

In a lockdown lull, West will work on keeping the songs fresh though the summer on social media and hopes to tour later in the year or early 2021.

Melancholic and comical, ”A Folk Singer From Outer Space” somehow offers some soothing solace for the current, permeating state of loss and isolation.

“I hope that listeners will gravitate to the bittersweet, reflective vibe and the metaphor of feeling something important to you slipping away between your fingers,” says West. “That is only very thinly veiled by the absurd premise of the song.” 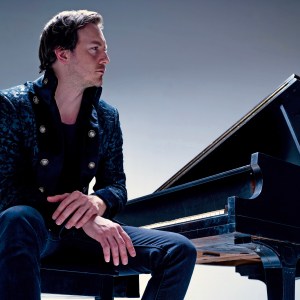 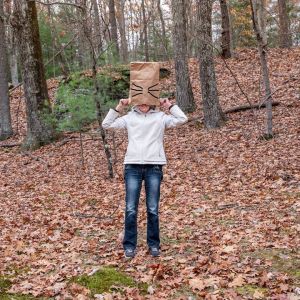