Crosby, Stills & Nash arrived in our lives in 1971 like a revelation. This was the song which introduced them, as brand-new, brave, expansive and exciting as the glorious sound of these three guys singing harmony.

CSN was unlike any other group which came before them, so their debut with this song opening the album was perfect. It was complex, ingenious and inspired, and exultant to experience.

CSN was a simple equation, not unlike that of The Band. Great musicians and songwriters united by great songs sung in harmony. No bombast, pretense or anything false. Like the cover photo – this is real. No costumes, make-up, lights or props. Just three musicians making music, and singing harmony. Rich, soulful, heartfelt harmony.

Add to that their expansively-inspired original songs, each empowered and inspired by the times, their friendship, and their liberation from their previous bands.

The album was released in May 1969, months before the official break-up of The Beatles. Already it provided hope—even before we learned that the dream was over—that good music was still to come. There in the bounty of amazing original songs from all three was undeniably inspired greatness, and also a delightfully flagrant breaking of once-conventional pop music strictures.

Of these, one of the fundamental ones was song length, a practical consideration as any song over three minutes was usually too long for radio.

The Beatles broke through this barrier first with “Hey Jude,” which is 7:11 in length. George Martin said they only did it because Richard Harris’ hit rendition of Jimmy Webb’s “MacArthur Park” was 7:21 in length. “Hey Jude” is ten seconds shorter than that, still everyone except Lennon was worried radio wouldn’t touch it.

Stills started composing the various sections which became “Suite: Judy Blue Eyes” before “Hey Jude” was released and before the trio formed. When it came time for a second single to be released in September 1969, Atlantic, their label, deemed it too long, and it was edited down to 4:35 in length. It became a hit, going to #21 on American pop charts, and #11 in Canada.

CSN all came from big rock bands before getting together: David Crosby in The Byrds, Stephen Stills in Buffalo Springfield and Graham Nash in The Hollies. And all three were already serious songwriters. Stills’ “For What It’s Worth” was a giant hit, as was “Eight Miles High” for The Byrds, co-written by Crosby, and also many Hollies hits that Nash co-wrote, including “Carrie Anne,” “On A Carousel,” and “Stop Stop Stop.”

But all three had expanded as artistic songwriters, inspired and empowered by the expansive evolution of songwriting sparked by Dylan, The Beatles, and others.

Yet Nash’s great “King Midas In Reverse” was deemed a little too strange for The Hollies, as was Crosby’s “Triad” for The Byrds. And although Stephen Stills was on fire in terms of songwriting, writing remarkable songs of love for Judy Collins, he had no outlet for them: Buffalo Springfield had already imploded by 1968.

All three were exceptional singers – each unique, and gifted vocally in different ways. David Crosby, who sang harmonies in the The Balladeers before The Byrds, was then and remains one of the greatest and most creative harmony singers of all time. In CSN, except when singing lead, he’d invariably sing the middle part, which is the toughest part to sing, the glue that holds the top and bottom part together and completes the chord. He was a master at these ingenious middle parts, and the precise vocal blend needed to complement the other two voices.

It started with only two: Stills and Crosby discovered they sounded great singing together on a new Beatles song they loved, cCartney’s “Blackbird.” When Graham Nash was in Los Angeles and heard them singing at Cass Elliot’s house, he asked them to sing it again. By the third go-round, he added his third vocal part, and the group was born.

They signed with Atlantic and got busy making their album, with Stills pretty much taking the production reins. The first two singles reflected their adventurous songwriting spirit: Nash’s “Marrakesh Express” was first, released along with the album in May 1969. He wrote it while in The Hollies, but they didn’t feel it was hit-single material for them, what with the exotic Morrocan hippie details like cobra charmers and “striped djebellas.”

Their second single was “Suite: Judy Blue Eyes.” To this day, it remains the quintessential CSN song. Its power comes in large part, of course, from the combined clout of those three voices in harmony. Except for those visceral harmony vocals, the full vision of “Suite: Judy Blue Eyes” as a record was Stephen Stills. He was not only the singer and songwriter, he was essentially their George Martin, arranging and producing everything. But he also played almost all the instruments. He led the way more than is commonly known. A great electric guitar player who jammed and played with Hendrix years before CSN, Stills was always on his own turf. He didn’t live in Laurel Canyon like the others, and rarely smoked pot. Instead of being out partying, he far preferred being in the studio making music. “I was the only guy at Woodstock who was straight!” he said.

“Stills played almost everything on the first album,” said the late Dallas Taylor, who was their drummer. “Except for the drums, which I played, he played almost all the guitars—acoustic and electric—organ, piano, bass, percussion. He put it all together. He doesn’t get that credit much, but Stills is a genius at production.”

His genius for writing songs then—and a lot of powerful ones—is reflected in a remarkable recording from 1968 which contains the first solo incarnation of “Suite: Judy Blue Eyes.”  Titled Just Roll Tape, it was released in 2005 as an album. It’s a recording of many songs from the time, all inspired and new, that he made in a couple of hours in 1968, after his girlfriend Judy Collins wrapped up recording.

Successive masterpieces came rolling out, including all of “Suite: Judy Blue Eyes” except the final section. Here it’s still under construction. Stills, all on his own, high on love, expanded the song form into a suite in a way nobody—save those Liverpool lads on their Abbey Road medley—had done quite the same way.

We spoke about the origins of this song and record with Stills in 2005 at the famed Polo Lounge of the Beverly Hills Hotel.  To capture the seamless power of that unique CSN vocal sound, they recorded their together, all on one microphone. It is all one performance, sung from start to finish each time, which gives that real-time feel of these old friends jamming. To get that perfect take, Stills said, took a long time, doing it over and over. But they got it.

STEPHEN STILLS: [“Suite: Judy Blue Eyes”] started out as little bits, and all of a sudden I realized that they fit together, and one thing led to another, but nothing was finished. I actually liked the way that I did it on Just Roll Tape, but I realized that with other people involved, it would be hard for them to pick up. Because only half of it is half-time. Three-quarters of it is in the same tempo as the first part, and then it changes. It’s a little more legato.

If you notice, at Woodstock, in the film, at the beginning when we first start—a warm, wet wind had just hit the guitars. So there were a few seconds of tuning the guitar, and then we walked out. B

ut if you notice on the film, we start “Suite: Judy Blue Eyes,” it was horrifyingly out of tune. And luckily I was the only one at Woodstock who was straight. There were too many people, and I didn’t want to relinquish any control whatsoever. At least until after I played. [Laughs]

And it wasn’t that long anyway; it was only seven minutes. But they still wouldn’t put it out as a single.

And then, sure enough, it wasn’t eighteen months until somebody put out something just as long. And how long is “Stairway to Heaven”? [It’s 8:02.]

Part of the reason we had gone to Atlantic was because they were adventurous. I mean, Ahmet [Ertegün] loved [“Suite: Judy Blue Eyes.”] But he wouldn’t put it out as a single.

So I said, “Do what you did with Ray Charles. Put out half of it.” I didn’t care.

The final section of the song [the ‘doo-doo-doo’ part] was an afterthought that seemed fun. Basically what happened is that we sang that whole album in people’s living rooms ad nauseum. So things had time to develop. It was almost like road testing it. Which is what I like to do before I make records now. Teach it to the band and play them in the show and see how people react.

Yeah, of course I wrote it for Judy Collins. But we had broken up long before the album came out. When she heard it, she called me up and said, “Gosh, it was like getting a love letter! After all these years.”

Voices of the angels
Ring around the moonlight
Asking me said she so free
How can you catch the sparrow? 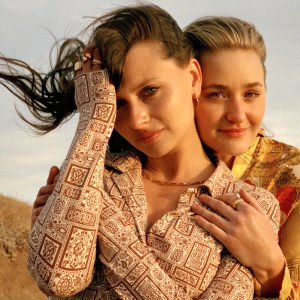 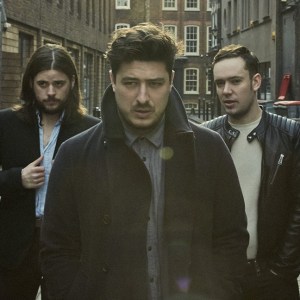