Danny Kiranos, beloved in his cult-like circle as Amigo the Devil, did not consider the consequences of this moniker when he mindlessly titled his Myspace page many moons ago. The satanic reference amalgamates with his somewhat sinister storytelling to feed an impious facade.

“The misconception is that I am anti-religion,” Kiranos explains. “It’s not that. But I don’t like religion as an excuse to deter people from living their life or holding humanity back from progress.”

He’s not against faith itself. The artist believes it is a powerful force, as long as it’s not intercepting others’ lives. Kiranos points to a seemingly elevated lack of empathy in society.

“It is a strange concept,” he continues. “I feel like it’s not that hard to progress as people and care about each other a hell of a lot more. Just try to be the best person you can be on your own, without bringing others down.”

His new single, “Quiet As A Rat,” due out February 19, frameworks his frustrations throughout three scenarios. Kiranos employs parables—to the best of his recollection—to illustrate the ironies of blind faith in the face of evil. The story probes the sturdiness of a belief system that is not questioned.

The accompanying video, by Courtney and Ray Gauger, explores the role of a god in situations of senseless bullying or suicide prompted by hopelessness. Employing manic imagery, the video sows doubt in these blind spots. Each schema plays out with gruesome detail; each time met with silence from a higher power on the other end.

Everyone treats commandments / As more of a bucket list, Kiranos laments. He poses a bridging question: If everyone is made in his image / And he couldn’t perfect it / Then what the hell / Makes anyone think / We can?

The lyrics reference his upcoming studio album, Born Against. The context suggests an upstream struggle against societal views. Following his 2018 debut, Everything Is Fine, Amigo the Devil’s new collection weighs past and present influences to deliver an authentic reflection of his current standing.

This original plan for Born Against was to compile existing songs from Kiranos’ arsenal. As the project continued, newly penned tracks began replacing the originals until only four remained. Kiranos’ criteria shifted into a topical space he had been avoiding. The introspective approach digs up evocative subjects like regret, mortality, and acceptance of flaws.

“This album was less of ‘I have a cool song I want to record’ and more of ‘I have a song that I need,’” he explains. “That’s why I’m so proud of this.”

Kiranos recorded the album at the venerable Modern Electric Studio with Beau Bedford (Texas Gentlemen). For the first time, the artist harnessed some world music he grew up on in Miami. From Spain and Greece, his parents introduced him to Eastern European folk sounds to Australian bush ballads, both Spanish and Cuban Bolero traditions, all of which he delved into for this record.

Growing up in Miami—which the artist says is “a strange place for anything”—presented a spanning cultural purview. Yet, as a first-generation American, Kiranos feels “bummed” he was not introduced to his strongest storytelling influences like Cohen, Guthrie, and Prine until further down his career road.

“Every time I go back to the beginning of this project, it’s funny I didn’t have any of the music I listen to now,” he laughs. “As a human, you compare yourself. How do you make what you’re doing better? I can’t help but think, ‘what if I had those influences when I was growing up?’”

But diving into subcultures of songwriters, Kiranos now realizes how many aspects there are of being a storyteller. “I feel like I have an obsession with finding more angles, perspectives, and narratives,” he admits. “It was a lot easier when I didn’t know anything.”

Amigo the Devil started as a detour from the music he grew up playing. Heavier metal music marked his late teens.

Torn between the two worlds, Kiranos bought a banjo—almost a joke. It collected dust, leaning against his apartment wall until the artist finally picked it up. Messing around, he realized the banjo was a more diverse instrument than he had given it credit. Mesmerized, he went out and bought a Ralph Stanley album.

“I listened obsessively to mimic the sounds because I can’t read music,” he recalls. “Then I started writing songs, maybe five or six. Instinctually, they all had this dark element.”

He blames that tendency on his fascination with the subject matter. That songwriter’s inclination toward darkness—horror movies, true crime, metal music—drives his explorative storylines. He explains, “my brain couldn’t process how someone could do something horrible to another human. I got stuck looking for that explanation.”

These tracks stayed close to Kiranos’ chest as he worked as a master brewer, resisting the urge to take on music full-time.

“My friends were stubborn enough for me, pushing me,” says Kiranos. “So I started learning what I enjoyed listening to. I fully immersed myself in Tom Waits, Fiona Apple, and Dr. John. After pouring over it all, I decided if I was going to make music, I want it to be authentic. I promised myself I would always be kind and honest, no matter how detrimental it would be to my own being.”

Rather than imitating others, Kiranos started writing whatever came to mind in confessional, sometimes autobiographical songs. To his surprise, people were responding to it in a big way. His circle expanded quickly.

Kiranos says he knows of thousands of Amigo the Devil tattoos. There is “The Fellowship,” a Facebook group run by his coterie of family-like fans that has now become a community support forum for those finding themselves at a low point. His home city of Austin, Texas, even honored the artist declaring November 16 “Amigo the Devil Day.”

“If I had to assume it was the right place, right time,” the artist humbly explains of Amigo the Devils bewildering fandom. “But they have helped build this community themselves. It’s like a neighborhood where you all grow up together—a bond you can’t explain. If you lived a few blocks over, you would never be as close. Just by telling the truth, people continue to grow with us. It’s a mutual journey through the same experiences, different times, unified under misery.”

Kiranos says he is not a “stable enough” person to know what’s next for Amigo the Devil. But he’s confident in its ever-evolving community.

“It goes back to the growing aspect,” the artist says. “Every step has been a surprise, an exciting new adventure. As much as I wish I could find a formula, that would be unfair to the gift that everyone has built into this project.”

Watch the video premiere for “Quiet As A Rat” below. Pre-order Amigo the Devil’s upcoming record, Born Against, before April 16. 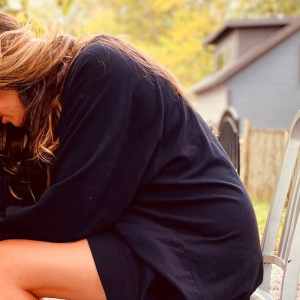