Tim McGraw has always been known for his ability to pick the best songs, meaning songs that he knows will resonate with his audience. These have ranged from the silly (“Do You Want Fries with That”) to the controversial (“Red Rag Top”). He’s also cut songs that can apply to just about everyone and leave the listener thinking, songs like “Angel Boy,” from the 2001 album Set This Circus Down.

The story of a man who believes his soul is in jeopardy because of his egregiously sinful behavior, “Angel Boy” was written solely by Danny Orton, whose credits since then have included cuts by Chicago, Lady Antebellum and more. Via e-mail, Orton chronicled the song’s history from start to finish.

“I was doing these 10-day runs of shows down at the Hog’s Breath Saloon down in Key West every other month. I was driving back from one of those runs, and just started writing it! My idea was, what if someone had strayed so far away from God that he thought maybe God had given up on or washed his hands of him? So that’s how I approached it.”

“When I got to the second verse, I thought that this person really wouldn’t know how to ‘fix it.’ Putting myself in his shoes, I thought that he might think, ‘Ya know, I’ve seen people talk to a priest on Law and Order before.’ I know that’s really weird, but that’s how I came up with the second verse. I wrote it all in my head, putting the parts down as they came on a hand-held recorder, which has now been replaced by the voice memos on my iPhone. When I write 100%ers, I almost always write them completely in my head, then learn to play them as I’m recording them in my studio.”

“This was an unusual case, for me at least! I turned the song in to my publisher at the time, Kent Earls at Universal. He said, ‘D, this is the song that Tim’s been looking for … I’m about to go get you a Tim cut!’ Tim had never really cut a song like it before, so I told Kent, ‘Good luck, I hope you’re right.’ Literally four hours later, Kent called and told me they were cutting it the following week and it was going to be a single! Couldn’t believe it!”

“They cut [the tracks] the following week as planned. Tim was going to cut the vocal the following week. He came down with a sickness and couldn’t sing the vocal. The record had to be turned in by a certain date. He couldn’t get the vocal done in time, so they called and said, ‘If you let us hold it, it will absolutely be on the next record and will be a single.’ So we let them hold it for two years.”

“He later sang the vocal on the track that they had cut two years before. The album Set This Circus Down was released in April of 2001. Later in the year, ‘Angel Boy’ was going to be a single. They went to Ireland and cut the video, and released the video. The single release date was set. Then the label decided that ‘the content of song was too heavy’ because of the attack on our country on 9/11. Tim fought the label hard on it, but they ended up not releasing it as a single. The video ended up going to #1.”

“I saw Tim at a party a couple of years later. He told me that he was so sorry that it wasn’t a single. I told him that I was just glad that he liked it and cut it! He’s a good dude! It’s a cut that I’m very proud to have!”

Orton is still at it today as a writer and producer, including having played an instrumental role in the debut album of now-Grammy winners Dan + Shay. 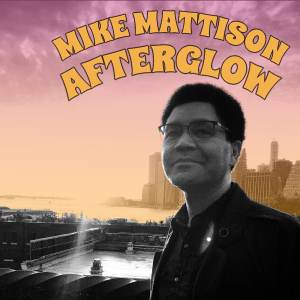 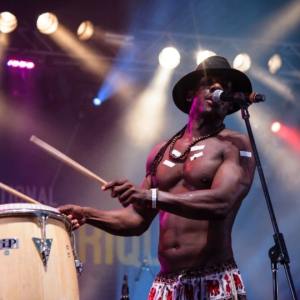