As NASCAR drivers enter the playoff portion of their season, some members of their tightknit community are going through some major challenges far away from the track.

One of those beloved members of the community is Tabitha Burton.

Wife of former NASCAR driver Ward Burton and mom of current driver Jeb Burton, Tabitha is in the fight of her life at the moment. First diagnosed with breast cancer back in March of 2016, she declared herself cancer free in September of that same year. But Tabitha recently went back under the knife yet again.

“I am [truly] overwhelmed to see all the messages, prayers and well wishes,” Tabitha tweeted out later. “Each one is greatly appreciated and means the world to me. #thankful.”

I am true overwhelmed to see all the messages, prayers & well wishes. Each one is greatly appreciated and means the world to me. #thankful

NASCAR fans will recall that Martin Truex Jr.’s girlfriend, Sherry Pollex, is also battling ovarian cancer at the moment, and recently told Rare Country that she will begin receiving chemotherapy again on September 25.

RELATED: NASCAR’s Sherry Pollex opens up about the misdiagnosis that changed her life

We wish Tabitha, Sherry and all fighting a cancer battle strength and a full recovery. 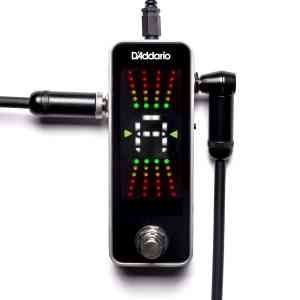