Before Asaf Avidan turned 40, he took a sabbtical from touring. He found himself in a quiet place where his mind was allowed to shift into a cacophony of louder reflections and thoughts, which the Israeli artist transferred into song, a collection of thought-provoking reflections and mind-bending narratives on Avidan’s upcoming album Anagnorisis, out Sept. 11.

Tracking the album in rural Italy just as COVID-19 was just beginning to consume the country, the experience had a profound affect on Avidan, helping him further dissect Anagnorisis—the unraveling of one’s true self in literature, and the resolution of issues through this revelation. Anagnorisis wasn’t as simple as it seemed, after all, and Avidan started peeling back its surface.

The drift of the atmospheric title track complements its nocturnal video, helmed by German director Wim Wenders (Buena Vista Social Club, Paris, Texas), and starring modern dance choreographer Bobbi Jene Smith dancing in the dusky streets, under an overpass, or near the ocean, perfectly capturing the more shadowy sentiments and unease of the ambient track, pulled though by Avidan’s stinging vocal waves.

Another layer in the reveal, “900 Days” shifts the motion of Anagnorisis. Everything picks up, swimming in R&B beats and a fierce sermon on blame, resentment, anger, and a mass of negativity that needs to be expunged.

Avidan shared the process of reaching Anagnorisis, how people often respond to powerlessness, entering his 40s, and finding oneself amid all the “voices.”

American Songwriter: “900 Days” is such a shift, sonically, from your previous single, the more atmospheric “Anagnorisis.” What’s the story behind “900 Days”?

Asaf Avidan: I feel albums are sort of like a mosaic, creating one overall image out of independent single-colored pixels, so I really like having songs that are so different juxtaposed next to each other in order to tell a more complex story. While “Anagnorisis” was about a rare moment of clarity and quiet hope in a storm of a life, “900 Days” is a blameful, angry song.

Although they are both in some sense about accepting the inherent lack of control we have over anything in our lives, “900 Days” uses self-empowerment through a mechanism of blame, regret, and anger towards one another. It’s the worst possible means of dealing with powerlessness. I’m not at all proud of it or recommending it, but I feel I couldn’t have reached the deeper introspective songs of the album without first getting that anger out of the way.

Anagnorisis is that point in a tragedy where a “character” truly knows their true nature, and finds some resolve. As you turned 40, “Anagnorisis” seems reflective of digging deep within in your personal journey, but is the song also an outward projection, to others, to explore this (knowing themselves) more?

I think anagnorisis is a great literary tool. It works well in dramas on paper, on the stage, or on the screen, but honestly, my whole point is that the “me” in every one of us is way more complex. It’s multitudinous and nebulous, contradicting, morphing and formless. The more you try to define it and depict it, the more you actually lie by narrowing it down. Art in and of itself does that… lies. It tries to impose a structure on what is inherently a chaotic existence.

This understanding of inevitable failure, of self-definition, has been my journey of the past year. Writing this album and rolling into my 40s has been my ride. But if there is anything I want anyone else to take from these songs it’s that, especially in an era of simplistic one-line propagandas, one should always keep digging and challenge one’s self to the full spectrum of truths, starting from within.

What can you share about the 10 songs on Anagnorisis, as a collective? What is the cohesive thread, if any, throughout the album?

I think they are the frantic search for a cohesive thread in a head that’s full of an infinite amount of voices.

When did you start writing/recording Anagnorisis?

About a year ago. Turning 39 and taking a kind of Sabbatical year off touring, I found myself in a very quiet environment that led to a very loud ensemble in my heart and head. The recording process was finished through the Corona lockdowns and was a whole other challenge and blessing that I guess is another story.

So much can happen within a year. Where are you as an artist/writer from The Study on Falling (2017)—or even going further back to 2006’s Now That You’re Leaving?

Wow, That’s a hard question to answer. I don’t think I would even recognize the Asaf from Now That You’re Leaving, and even the one from a year ago. They’re like old loves. They meant the world to me at one point, but now they’re just another corpse you add to the growing weight of baggage you carry with you.

And let me tell you… It gets heavy. 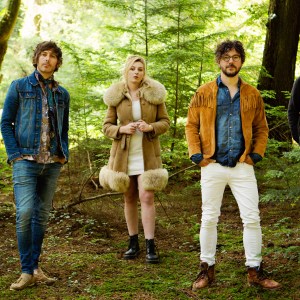 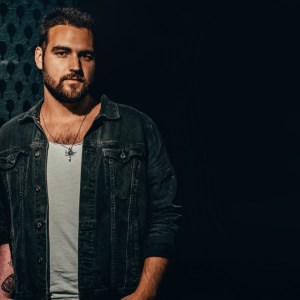