Following the death of her mother, Naomi Judd, on April 30, actress Ashley Judd has penned a heartfelt letter to honor her mom just ahead of Mother’s Day (Sunday, May 8), the first Mother’s Day the sisters will spend without their matriarch.

In a column published in USA Today, the 54-year-old actress shared her thoughts on her mother’s sudden death and used the moment to question the value of motherhood in light of the leaked draft opinion likely to overturn Roe V. Wade.

“This Sunday is abruptly, shockingly, my first Mother’s Day without my mama. She died just hours before her peers at the Country Music Hall of Fame could demonstrate to her how much they esteem her,” she wrote. “She died just days before my sister and I could show her again how much we love and honor her.

“It wasn’t supposed to be this way. I was supposed to visit her on Sunday, to give her a box of old-fashioned candy, our family tradition. We were supposed to have sweet delight in each others’ easy presence. Instead, I am unmoored,” she continued. “But my heart is not empty. It is replete with gratitude for what she left behind. Her nurture and tenderness, her music and memory. Motherhood happened to her without her consent

She went on this say that her heart is filled with “Incandescent rage” because her mother was taken from her due to mental illness, which she suffered from since an early age.

“My mama was an extraordinary parent under duress: She showed my sister and me the power of having a voice and using it, and there has been no greater lesson. But motherhood happened to her without her consent. She experienced an unintended pregnancy at age 17, and that led her down a road familiar to so many adolescent mothers, including poverty and gender-based violence.

“Forgive me if my grief isn’t tidy. When I think about my mother, I am awash in the painful specifics. It’s a little easier, this Mother’s Day, to think about mothers in the collective, to wonder whether we value them.

“Every day, more than 800 women die in pregnancy and childbirth from causes for which solutions are affordable and achievable,” she wrote before sharing her 2018 experience with women in South Sudan “whose bodies were mangled from childbirth.”

She then asked an important question. “Do we value mothers?” The question comes at a time when the historic Roe V. Wade law is in jeopardy of being overturned by the Supreme Court of the United States after Politico released a leaked draft opinion stating the court’s intention.

“Now consider the women in our own communities who return to work before their bodies have fully recovered from creating life. Do we value them? Our country, the richest in the world, has one of the highest maternal death rates in the developed world – with Black and indigenous women two to three times more likely to die.”

She went on to share that a recent study “found that some of the top causes of death among pregnant women in the United States were homicide, suicide, and overdose” and how the health system fails women when it comes to reproductive health information and choices.

“I am not a biological mother. I wanted to devote my time and resources to children who live in poverty and suffering, who languish in refugee camps and wait in brothels to come of age when men will begin to rape them. I never took my bodily autonomy for granted, aware this right is denied to hundreds of millions of girls and women, especially the poorest and those facing discrimination and racial injustice.

“Motherhood should always be a choice. Does that sound radical to you? Does that sound like I wish my sister and I hadn’t been born? If that’s what you think, I will gladly direct my incandescent rage at you.

“How much could we, as a society, possibly value motherhood when it is assumed to be an inevitability? When we accept as normal that women and girls will drop out of school and the workforce because they are expected to take on the unpaid labor of child care? When we fail to protect girls from poverty and violence?

“My mama was a legend. She was an artist and a storyteller, but she had to fight like hell to overcome the hand she was dealt, to earn her place in history. She shouldn’t have had to fight that hard to share her gifts with the world.

“This Mother’s Day, I choose to honor my mama for the person she was, a mother and so much more. And I ask you to honor your own mother, if you are lucky enough to have her. Honor her for more than her labor and sacrifice. Honor her for her talents and dreams. Honor her by demanding a world where motherhood, everywhere, is safe, healthy – and chosen.”

Naomi Judd was struggling for a long time with mental health issues, which she wrote about in her 2016 memoir River of Time: My Descent into Depression and How I Emerged with Hope.

Ashely and sister Wynonna shared the new announced the news of their mother’s death on Saturday, April 30, a day before The Judds (Wynonna and Naomi) were to be inducted into the Country Music Hall of Fame. The daughters provided the statement to The Associated Press. 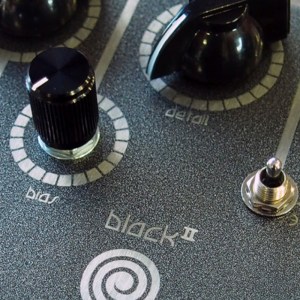 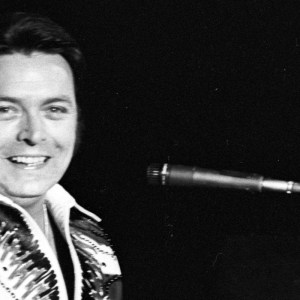