Just two days after Pearl Jam guitarist Stone Gossard released the track “Disorders,” a collaboration with singer-songwriter Ani DiFranco to help raise money and awareness for the National Network of Abortion Funds in support of abortion access, the Supreme Court has overturned the nearly 50-year-old federal law, Roe v. Wade, abolishing the constitutional right to have an abortion in nearly half of U.S. states.

“No one, not the government, not politicians, not the Supreme Court should prevent access to abortion, birth control, and contraceptives,” shared Pearl Jam on their social media accounts. “People should have the Freedom to choose.”

The band added, “Today’s decision impacts everyone, and it will particularly affect poor women who can’t afford to travel to access health care.We will stay active, we will not back down and we will never give up.”

Working with Pearl Jam’s Gigaton producer Josh Evans, along with saxophonist Skerik and drummer Stanton Moore, Gossard and DiFranco released “Disorders” as the overturning of Roe v. Wade was imminent.

“With the imminent overturning of Roe v. Wade, women in every republican stronghold in this country are left treading in a sea of unnecessary suffering, just trying to keep their heads above water,” said DiFranco. “Poor women will be drowned by the score. That is why this track is a fundraiser for abortion access, to help women who don’t have resources but who desperately need abortions.”

DiFranco added, “I am so grateful for men like Stone, Skerik, Stanton. Not just for the blessing of this track and the honor of being invited into it, but for actually seeing women in their full humanity and being willing to stand with them.” 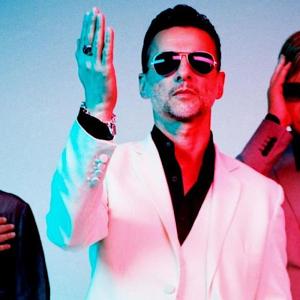