Wayne Hussey found himself in a studio control room, alone and feeling down. He was in the middle of recording his band, The Mission’s second album, 1988’s Children, and started questioning what he was doing.

“I don’t know why, but I was feeling sorry for myself—maybe it was a bad review or something,” jokes Hussey. “One of the guitar techs came in and asked ‘why so glum? and I was like, ‘I don’t know if I want to do this anymore. I think I preferred it when I was just a guitar player. All this responsibility of being a singer, I don’t know if I can do it.’ He said ‘c’mon, you’ve got all these people that love you, and you’re a tower of strength to them.’ That moment turned me around, positively, and that’s where the song came from.”

Originally written for The Mission’s audience, what came out of the session was the band’s classic track “Tower of Strength,” which has continued to serve as an anthem to fans, worldwide and has even been played in hospitals and at Anfield stadium during Liverpool (Hussey’s favorite football team) home games.

“It kind of became an anthem for very different things in different areas, which is kind of cool, but it was never intended to be,” says Hussey of the song’s continued reach 32 years later. “You don’t write a song consciously thinking it’s going to appeal to a demographic. You just write the song.”

Like a post-punk, Live Aid dream come true, Hussey revisited the track earlier this year, remixing “Tower” with vocal and instrumental contributions from friends, including current and former members of The Cure, Depeche Mode, Bauhaus, The Smiths, as well as Gary Numan, Midge Ure, all pieced into the remake.

Featuring several new remixes by Hussey (under his alter-ego Albie Mischenzingerzen), Tim Palmer (The Cure, Robert Plant), and Danish producer and composer Trentemøller, the release of ReMission International “TOS2020” will support global COVID relief, reaching dozens of international charities, personally chosen by each artist who participated on the track.

After receiving some messages from NHS personnel asking if he would re-release the track since hospitals were using it as their anthem, Hussey knew he wanted to do something—and initially considered tapping a Bowie track—before returning to “Tower of Strength.”

“We looked at other songs first, even Bowie’s ‘Heroes,’ but lyrically that didn’t seem to fit,” says Hussey. “As great a song that it is, it was a song about The Berlin Wall, and I don’t think it fit with the times.”

The natural choice was “Tower of Strength.” By the end of April, Hussey connected with collaborator, Beauty in Chaos’ Michael Ciravolo and started reaching out to other musician friends and acquaintances, sending out a generic letter and demo.

“Basically, I sent out a little drum loop with my acoustic guitar and vocal and said, ‘put on this whatever you want to put on this,’ and it started from there,” says Hussey. “It was months and months of chasing people. I think they dreaded seeing an email from me, because I was asking for something else, but bless them. They all came through for me in the end, and we managed to put it together.”

Everyone recorded their respective parts without hearing what anyone else had done, and all the pieces were meticulously compiled and edited by Hussey, who spent days, alone, just editing guitar parts.

“In the end, I think that the result justifies the means,” says Hussey, who sent the ready to mix version off to Palmer, who has also worked with The Mission throughout the years, and Trentemøller, introduced to Hussey for the project through mutual friends.

The ReMission version shifts from its original with Hussey mostly refraining from singing, with the exception of the very last line. Instead, “Tower” vocals are handed over to Midge Ure, Gary Numan, Depeche Mode’s Martin Gore, All About Eve’s Julianne Regan, Miles Hunt, Evi Vine, Kirk Brandon (Theatre of Hate, Spear of Destiny), and The Twilight Sad’s James Alexander Graham.

Back home in the rural town of San Pedro in Brazil, where Hussey has called home for the past 15 yeas with wife Cinthya, he’s feeling optimistic since The Mission’s tour, which was cut short earlier this year prior to the pandemic, has been rescheduled for 2021. This time off has allowed him to busy himself with some projects he’s neglected over the years—like sifting through old cassette tapes.

“I have all these unlabeled cassettes that I’ve accumulated over the years,” says Hussey. “I found my original demo of ‘Tower of Strength,’ ‘Butterfly On A Wheel,’ and even some of the demos that I had done with Sisters of Mercy.”

Hussey is amazed by the “Tower of Strength” life span and how a song, originally written for fans, has managed to evolve in its meaning for people around the world over the past three decades.

“Sometimes you just write and words come out and you don’t really know what they mean at the time,” says Hussey. “There are songs that I’ve written, and I don’t know what they mean. Then they are other songs that have taken years to reveal themselves to me. My criteria has always been that the words sound good as opposed to the meaning of the song. I’m not a poet. I’m a songwriter.”

In terms of doing something similar again, Hussey jokes that it was laborious piecing together all recordings of the ReMission remix, but completely worth it. “It’s been intense, and I’ve been a pain in the ass to a lot of my friends who probably don’t want to ever hear from me again,” he jokes. “I’ve sacrificed a lot of friendships.”

Hussey adds, “It’s taken quite a lot to put all this together, but I hope it raises a bit of money for the charities and does a little bit of good.”

To order ReMission International digital, vinyl, CD, and other merchandise, or donate, visit Beauty in Chaos. The TOS2020 project will donate 100 percent of proceeds to the charities selected by the artists. 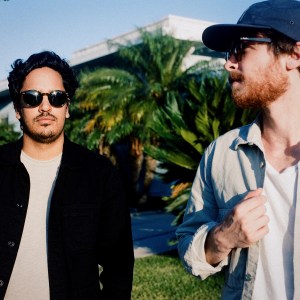 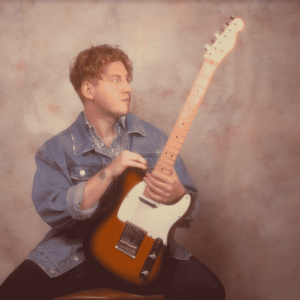