When longtime Human Drama guitarist Michael Ciravolo finished working on the band’s 2017 album Broken Songs for Broken People, he was craving some kind of musical shift. Already tapping into more textured guitar and experimenting in layered soundscapes, in between producing other artists and serving as president of Schecter Guitars, Ciravolo began exploring the idea of putting out his own album. Working along with producer Michael Rozon around the concept of writing songs and bringing in different artists to sing them, Ciravolo found himself with the ever-evolving supergroup of Beauty in Chaos.

Once the pieces of Beauty in Chaos’ 2018 debut Finding Beauty in Chaos pieced together with Cheap Trick’s Robin Zander, Ministry’s Al Jourgensen, Ice-T, The Cure’s Simon Gallup, and Michael Anthony of Van Halen, among others, each song started taking new form as a body of remixes, Beauty Re-Envisioned, and the beginning of a new format for future BIC releases.

Following the May 2020 release of second album The Storm Before the Calm, Ciravolo went to work on reimagining the album’s six main tracks, originally co-written and performed by The Mission’s Wayne Hussey and Ashton Nyte (The Awakening)—both also featured on BIC’s debut—along with Kat Leon of Holy Wars, Curse Mackey (Evil Mothers, Pigface), Steven Seibold of Hate Dept., and Rafe Pearlman, for Out of Chaos Comes, a collection of 14 dynamic remixes inspired by each song.

“I’ve never been a big fan of remix records,” says Ciravolo. “I always thought it was a little self indulgent. Some just add a different drum beat or guitars, and I find myself not always going back to listen more than once. But with Beauty Re-Envisioned and this one, they’re such refreshing takes on the songs that if some people weren’t so keen on the original, this could open something up for them.”

Feeding off the more brooding, darker drip of The Storm Before the Calm, Out of Chaos Comes… features completely revamped renditions of each track by artists, producers, and DJs. Out of Chaos Comes… showcases Beauty in Chaos’ more cavernous scope of sound, moving beyond simple guitar or drum alterations. Instead, Out of Chaos Comes… nearly reinvents each track in its diverse arrangements, weaved in willowing synth, some industrial stomp, and electronic fusions, in addition to some new lyrics, vocals, instrumentation, and other mixed components, all fused together by The Cure’s Roger O’Donnell, Marilyn Manson’s Paul Wiley, producer Tim Palmer (David Bowie, U2), John Fryer (Depeche Mode, Cocteau Twins), film composer Tyler Bates (John Wick, Guardians Of The Galaxy, The Watchmen), Mark Gemini Thwaite, Nick Perez, Roman Marisak, and more.

“This one was definitely planned and like the first one it just exploded and got larger,” says Ciravolo. “It was almost like Christmas. I’d get up, and the inbox would have somebody’s mix , and I’d have no idea what to expect every day.”

Where Beauty Re-Envisioned was assembled mostly by accident, Out of Chaos Comes… was more intentional, yet still snowballed from a dozen or so tracks to an additional 12 tracks on a limited edition Chaos Continues, as more collaborators jumped on board.

After Palmer finished working on The Psychedelic Furs’ Made of Rain, he returned to the BIC project and added on several more mixes, including two versions of Hussey’s “The Delicate Balance of All Things,” The “Sinistrality Mix” of Mackey’s “A Kind Cruelty,” and a remix of Nyte’s “The Outside,” and an additional cut on the extended release. Ciravolo also called on Nyte to work on “The Outside,” which he re-recorded, mixed, and produced more closely threaded to his recent release, the acoustic-driven Waiting For A Voice.

“It was liberating to hand the keys to the car over to someone else,” says Ciravolo, “especially after you get so close to the songs and the parts, and living in them for so long.”

Everything was also more methodical in the songwriting, following the first run with Finding Beauty in Chaos and its subsequent remixes. When the first album came out, Ciravolo had nearly all of the songs entirely written already. For The Storm Before The Calm, the artists primarily pulled together the lyrics, melodies, and other elements around each track.

“This record was done similar, but Michael [Rozon] and I sent artists less of a finished piece without all the guitar or other melodies,” says Ciravolo. “I wanted to see where it went without giving a singer something to latch on to, or make them feel like they had to follow something. There was less of a sketch this time around.”

Finding it refreshing to see someone else’s take on BIC’s song, Ciravolo says there’s an extra 27th mix of ‘The Delicate Balance of All Things” by Julian Shah-Tayler, a track originally written by Ciravolo and Hussey, whose wife, actress Cinthya Hussey, added her vocals, offering more tranquil and twisted turns to the track.

There’s no set number of remixes for each of the The Storm Before the Calm’s six tracks, but Ciravolo was adamant that every song have at least one or two new versions. “Stranger” fills in the most number of—and most exploratory—remixes throughout Out of Chaos Comes…, including O’Donnell’s “Everyone Dies” mix, and the more sinister, industrial-tinged “Domin8mix” imagined up by John Fryer.

“He really took it somewhere else,” says Ciravolo of Fryer’s mix. “Part of me was expecting him to Cocteau Twins or This Mortal Coil it up, but I think he took it into more of his ’90s and 2000s productions with Nine Inch Nails and Gravity Kills, so it definitely dirties the song up more.”

The only track that didn’t receive the remix treatment is The Storm Before the Calm’s closing, ambient opus. The 29-minute arrangement, motions through three segments, “the Gathering,” “the Storm,” and “the Calm,” the latter featuring a moody operatic interlude, “Lasciatemi Morire!” written by Adrienne LaVey (who also performs the piece) and Ottavio Rinuccini.

“In listening back, I really can hear the care and the time that they put into creating these new parts, and adding things—singing, adding harmonies, and other elements,” says Ciravolo. “I’m grateful that these fantastic artists took the time for this.”

Some of the more dynamic surprises on Chaos Continues include some of the more synth-heavy and electronic-dance remixes like Statik’s reverb-drenched “Collide”-induced “Stranger,” and UK EDM artist Bentley Jones’ response to Leon’s lyrics on his “Stranger” take.

“With EDM, when people produce it, it has this format of the ramped up snare drums and the drops and within the context of ‘Stranger,’ somehow it oddly works,” says Ciravolo. “He [Jones] was so moved by Kat’s lyrics that he wrote up some alternate verses that was an the answer to what she was talking about in the original, so that song took a left turn.”

In dreaming up future collaborations for Beauty in Chaos, the list is endless for Ciravolo, who would like to bring on Garbage frontwoman Shirley Manson, Robert Smith, The Grizzelders’ Lesley Rankine, and dozens of others he has on the BIC bucket list.

Still, the last thing Ciravolo wants is for Beauty in Chaos to be a who’s who band. “I was glad we were able to break that mold of that ‘who are you going to get now,’ and that opens up to where we can continue to do this,” he says. “I just knew it had to get to this point that for this to have any longevity that it had to be about the songs as opposed to who’s singing them, and I think we did that pretty well with The Storm Before The Calm.

He adds, “As we move forward, it’s just finding people that just want to do it and keep this thing fresh and evolving.”

Since Beauty in Chaos is not a traditional touring band and centered more around records and visual, Ciravolo is planning several more videos around the Out of Chaos Comes… remixes moving into 2021, including one for Leon’s “Stranger,” Tyler Bates’ “Box Cutter” mix of “Temple of Desire” and a potential video around Cinthya and Wayne Hussey’s re-envisioned “Equipoise Mix” of “The Delicate Balance of All Things.”

“Hopefully this gives the record some life in the new year,” says Ciravolo, “and some legs for what’s next.” And next, Ciravolo wants to curate an all-female Beauty in Chaos album.

“I don’t take any of this for granted,” says Ciravolo. “At this point in my life I feel blessed that I still get to do this.”

To order Out of Chaos Comes… go to the Beauty in Chaos. 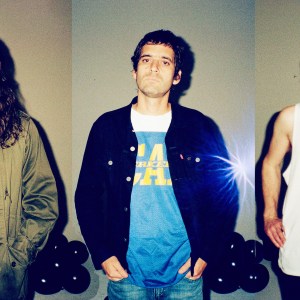 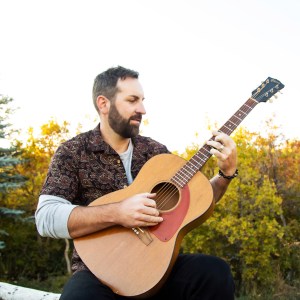