Constructing a makeshift studio in a remote cottage three hours Northeast of Toronto, Barenaked Ladies begin working on their 16th album. Using their discombobulated setup, and a batch of songs, including several left over from their 2017 release Fake Nudes, the band started piecing together Detour de Force, out this summer.

“We made a very live off the floor record up at my cottage, isolated in the forest, on a frozen lake,” says singer Ed Robertson. “I don’t have a studio out there, so we just moved all the gear into my car. There was a desk in the living room, a bass amp in the bathroom, guitar amps in my kid’s bedroom. We just took over the cottage, then we thought we’ll go back to the city to put a couple of finishing touches on it and be done.”

In making Detour de Force, the detour of the pandemic initially halted production, then turned out to be a blessing for the Canadian rockers. As the world shifted into lockdown, the band switched gears taking more time with the songs and how they approached to each track. “When you’re making records, time is often your enemy,” says Robertson. “It took the foot off the gas for a minute for us to look at the record and go, ‘what we have here is amazing, so now let’s make it better.’ When the whole world went into lockdown, it actually afforded us the luxury of time to really listen to the record and go ‘we could do more with this,’ so we’re grateful for the forced, detour that became ‘Detour de Force.’”

Detour de Force spans the world’s discontent, miscommunications, and misdirections, including first single, “Flip,” a high-energy missive towards correcting some of the more social wrongs. Written with longtime collaborator Better Than Ezra frontman Kevin Griffin, “Flip” is an exploration of the new norm, one that still needs repair, and the lost art of listening to one another’s different perspectives.

“We live in a time where people seem to just dig deeper into their own trenches, without any willingness to see another viewpoint, or even engage in discussion,” says Robertosn. “It’s all yelling, and no listening. I like that saying, ‘We were given one mouth, and two ears, and we’re supposed to use them proportionately.’ Everybody points the finger at social media, but I think another major player is the 24-hour news cycle, because all that matters is being first, not being right.”

Throughout its 14 tracks, Detour de Force is a rumination on the “weird sort of socio political silos we all find ourselves in these days and if you can’t switch your point of view, at least try to understand another point of view,” says Robertson. “We’ve got to stop thinking that everyone who doesn’t wear the same color tie is the enemy. It’s just not a way forward. I feel like there’s very little tolerance for one another anymore.”

Timely in its messaging, Barenaked Ladies are itching to perform the new album live, with U.S. tour dates rescheduled for 2022 and a UK tour set for fall 2021. On April 17, the band will livestream a full concert, Flip n’ Hits with BNL: A Night of Monster Jams of Pandemic Proportions, which was pre-recorded prior to the recent COVID lockdown measures in Canada.

“I can’t wait to play it for people, but there are more important things in the world right now,” says Robertson, who adds that performing is not so much about the validation, or the applause every night, nowadays. “I don’t think you go into this line of work without a large serving of insecurity,” he says. “People in this line of work, seek approval. It’s hard when you have to just live with yourself and there aren’t people clapping you to sleep every day.”

Robertson adds, “I have to say that I love it more now than ever, because now we’ve done everything we could do. I always say ‘I’m writing songs for the other three guys in my band,’ and if they like it, then I’m happy.”

Now 33 years into Barenaked Ladies, and nearly 30 since the band debuted with Gordon in 1992, Robertson says the biggest shift that only happened within the past decade, has been a gain in confidence as a writer, knowing what he wants from the process, and approaching it as a craft, separate from the demands of a label or a schedule. “It’s really kind of new for me to be able to write as a therapeutic and cathartic experience, for the sake of writing alone,” says Robertson. “That has been a real game changer for me.”

In thinking of more than three decades since Barenaked Ladies formed in 1988, Robertson doesn’t see any change in time or how the band function now compared to then.

“I have this really weird view of our career,” he says. “I still think of us as this strapping young band of underdogs. I still operate like that. I go into every show like, ‘this could be the thing that leads to the next big thing,’ and I’ve never lost that.” 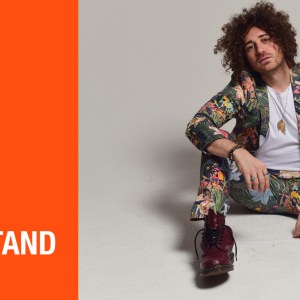 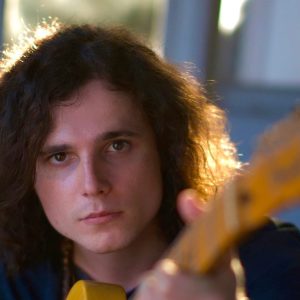