One of the most influential rock bands of the 1960s, The Kinks were sure of their sound from the jump —a pop rock marriage of American R&B and rock ‘n’ roll with the folk and music hall sounds of the British isles—but names are hard.

It took time for the band to settle on The Kinks. They were first the Ray Davies Quartet then sporadically the Ramrods. Then they served a brief stint as the Pete Quaife Band before temporarily landing on the Bo-Weevils and then the Ravens.

But why and how did the mop-topped Brit rockers, responsible for standards like “You Really Got Me,” “Lola,” and “Sunny Afternoon,” land on The Kinks? Join us for a little name game.

Several explanations exist as to the origins of the name. English music journalist and author of The Kinks: The Official Biography, Jon Savage hypothesized the early band was in need of a “gimmick, some edge to get them attention.” He continued to explain, “Here it was: ‘Kinkiness’—something newsy, naughty but just on the borderline of acceptability. In adopting the ‘Kinks’ as their name at that time, they were participating in a time-honored pop ritual—fame through outrage.”

The person to give the band their alias has been long disputed. Savage’s biography suggests one of the band’s three managers, Robert Wace, was responsible. Wace shared his side of the name’s origins, saying “I had a friend … He thought the group was rather fun. If my memory is correct, he came up with the name just as an idea, as a good way of getting publicity … When we went to [the band members] with the name, they were … absolutely horrified. They said, ‘We’re not going to be called kinky!'”

An account from Kinks frontman Ray Davies conflicts with their manager’s, recalling the name was coined by another manager, Larry Page. The biography details Page as saying “I gave them the name the Kinks, which everybody thought was totally outrageous. I had photographs of them taken with whips and all the rest of it, which is what I wanted because I knew the only way they were going to achieve anything was by being brought to the public eye.”

The Kinks’ music landed them in the public eye and would keep them in sight for decades to come. Who the band got the name from is a moot point, especially to Davies who once remarked “I’ve never really liked the name.” 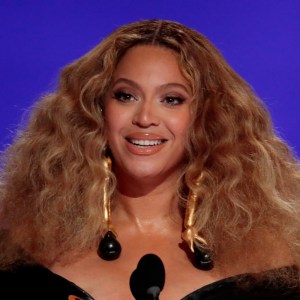