If that didn’t get your interest piqued, then certainly the prospect of Meg being one of the few artists that both hosted and performed on SNL likely did. The multi-talented artist, who says she is also in need of a break after seemingly years of non-stop production, offered fans two songs on Saturday (October 15) as well as a number of skits, including working at the Hot Girl Hospital.

Meg, who understands anxiety, and even launched a new website dedicated to mental health, has been rumored to appear in Stranger Things and Marvel properties. Yet, that didn’t stop her from hopping on SNL to treat fans to some new, live entertainment.

The “WAP” artist, who recently dropped her latest LP, Traumazine, performed two times on Saturday night, with “Anxiety,” and an “NDA” and “Plan B” medley, during her dual musical-hosting gig. The occasion marked the Houston rapper’s third appearance on the late-night TV sketch show (she also performed in 2020 and in 2019 as a guest with Chance the Rapper).

Performing “Anxiety,” Meg was joined by a number of glamorous backup dancers in a Miss America-pageant-Esque offering. Each was wearing sashes with various mental health issues, from anxiety to insecurity to more.

In her “NDA” and “Plan B” medley, Meg brought intensity and power in a more raucous offering. Sporting baggy pants with her booty out, as is often her vibe, Meg wore dark shades and brought intense lyricism, bridging beauty and musical prowess.

Meg also previewed a fake new medical TV drama, in a Hot Girl Hospital sketch, which you can see below. 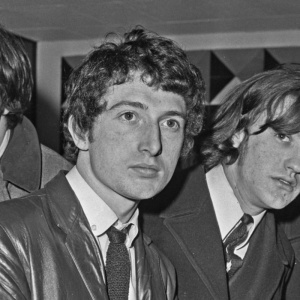