In an effort to capitalize on the success of their debut album, Black Sabbath returned to the studio in 1970 to begin working on what would become the follow-up: Paranoid.

Generally considered one of the greatest metal records of all time, the album produced a number of Black Sabbath’s most iconic tracks like “Iron Man,” “War Pigs” and “Paranoid.” The title track earned the band their first Top 10 single on the UK Singles Chart.

It’s arguably their signature song, but what is the meaning behind “Paranoid?” Find out below.

This song is about—you guessed it—a man that is paranoid. In that spirit, the guitar and bass lines create a nervous energy while Osbourne painfully sings, All day long I think of things / But nothing seems to satisfy / Think I’ll lose my mind / If I don’t find something to pacify.

Bassist Geezer Butler went further in-depth on the song’s meaning in 2013 saying, “Basically, it’s just about depression, because I didn’t really know the difference between depression and paranoia. It’s a drug thing; when you’re smoking a joint you get totally paranoid about people, you can’t relate to people. There’s that crossover between the paranoia you get when you’re smoking dope and the depression afterward.”

Osbourne later plays into the drug theme singing Can you help me / Occupy my brain? before ceding that he struggles to find a silver lining in his life: Happiness I cannot feel / And love to me is so unreal.

Though the melancholy song has long been a fan favorite of Black Sabbath’s, the band has long noted that they weren’t thrilled with the end result.

Geezer Butler told Guitar World magazine in 2004, “A lot of the Paranoid album was written around the time of our first album, Black Sabbath. We recorded the whole thing in about two or three days, live in the studio. The song ‘Paranoid’ was written as an afterthought. We basically needed a 3-minute filler for the album, and Tony came up with the riff. I quickly did the lyrics, and Ozzy was reading them as he was singing.”

Tony Iommi further explained, “The song was written as a filler for the album—it was never intended on being anything else. But it became a single because it was a short song, and because it became what it did, most people knew us because of ‘Paranoid’ in them days.”

Can you help me
Occupy my brain?

Not a Singles Band

Following the success of “Paranoid,” Black Sabbath waited two years before deciding to release another single, “Iron Man.” The group did not want to become known as a “singles band” that had kids coming to their shows just to hear the hits. They wanted their fans to be engrossed in the entire album.

“We don’t go into the studio to make singles. We make LPs only,” Iommi once said.

[RELATED: Behind the Meaning and History of the Band Name: Black Sabbath]

“Paranoid” was Black Sabbath’s first self-penned single release. It was much more successful than their previous cover of Crow’s “Evil Woman Don’t Play Your Games With Me.” The track had a huge impact in the U.K., reaching No. 4 on the singles chart.

This song has also been used in two music-based video games, Guitar Hero III: Legends of Rock and Rock Band. 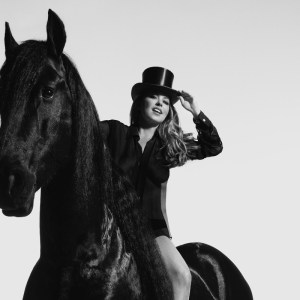