While Dolly Parton ranks as one of the most iconic artists in country music—and in all popular music for that matter, as her induction into the Rock & Roll Hall of Fame can attest—her song  “Coat of Many Colors” ranks as her most definitive song, a stand-out in a catalog that includes several standards.

Released in September 1971 as the second single and title track from the album of the same name, it’s an astute example of autobiographical insight, told from a personal perspective while sharing lessons that are universal in a broader expanse of emotion. Indeed, few songs share such singular sentiments and reveal as much about the artist that offers them.

The narrative is simple yet direct, gleaned from Parton’s rural upbringing as one of 12 children raised in a one-room cabin in the mountains of East Tennessee. Like many Appalachian families, the Partons were impoverished people with barely enough means to scrape by. Those memories of her rural roots are still an integral part of her persona, one that defines her even today.

The song itself was inspired by real-life circumstances. Her mother was given a collection of rags of various colors and subsequently used it to sew her daughter, Dolly, a multi-hued coat while relaying to her a Bible story about Jacob giving his favorite son Joseph his own coat of many colors. Parton was delighted, but when she wore the coat to school, her classmates teased her about taking such pride in a coat that consisted of rags.

This lyric describes her disappointment:

And oh I could not understand it, for I felt I was rich
And I told them of the love my momma sewed in every stitch.

Rather than wallow in self-pity, Parton found her own vindication, and in the process, turned that trial into triumph:

But they didn’t understand it, and I tried to make them see
One is only poor, only if they choose to be
Now I know we had no money, but I was rich as I could be
In my coat of many colors my momma made for me.

Few other songs are so poignant and yet so meaningful. It not only reflects Parton’s personal pride but her broader wisdom as well.

“That story was very important to me,” Parton told an interviewer many years later. “That memory had been painful to me, but I didn’t realize it until I wrote the story. So many people wrote me and said it had healing properties for them. They had been made fun of… and made to feel less than what they are. So I think people responded to that story for different reasons. It was a story of acceptance and hope.”

In her 1994 autobiography, Dolly: My Life and Other Unfinished Business, Parton recalled how she was traveling with her singing partner Porter Wagoner on his tour bus, when the song suddenly came to her. With nothing to write on, she picked up a dry cleaning receipt she found from one of Wagoner’s elaborate stage suits. The irony is obvious — using a tag from a suit worn to denote onstage opulence to write a song about a piece of clothing made from scraps. Yet once the song became a top five hit on the country charts, Wagoner was so impressed, that he had the receipt framed.

Today, that framed receipt hangs in Parton’s Chasing Rainbows Museum in Dollywood, along with a duplicate coat her mother made for display.

The 1975 album titled Best of Dolly Parton has the lyrics of the song printed in its gatefold, including a final verse that never made its way to any of Parton’s various recordings:

Through life I’ve remained happy and good luck is on my side.
I have everything that anyone could ever want from life.
But nothing is as precious as my mama’s memory,
And my coat of many colors that mama made for me.

Parton’s determination to carry that memory forward has been underscored and affirmed by several subsequent incarnations of the song. Shania Twain, Emmylou Harris, Eva Cassidy, and Scottish comedian Billy Connolly recorded their own covers, and in 2005, “Coat of Many Covers” stood at No. 10 in the Atlanta Journal-Constitution’s compilation of the 100 most important songs of the South. In 2011, Parton’s recording was inducted into the Library of Congress’s National Recording Registry list of recordings deemed “culturally, historically, or aesthetically important, and/or inform or reflect life in the United States.” It’s been immortalized in other formats as well, including a 1996 picture book published by HarperCollins Children’s Books and a TV movie broadcast on NBC in December 2015.

Clearly, the inspiration proved enduring. “It really is a little song that’s more than just a song,” Parton said. “It’s about a philosophy and attitude and a feeling.” 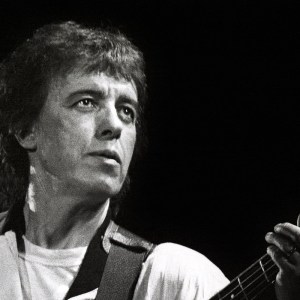 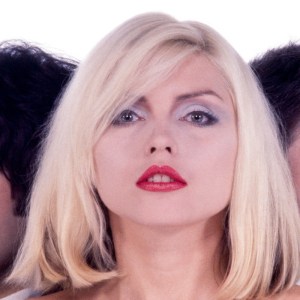