It’s also one of the greatest American pieces of music of the 20th Century.

The song, as mentioned, was written by American duo Paul Simon and Art Garfunkel—aka Simon & Garfunkel—and it appeared on the tandem’s fourth studio record, Bookends, in 1968. It was first released as a single on April 5 of that year.

But what truly made it a hit beyond even the musicality and the hands that write it was its inclusion on the soundtrack for the immensely popular 1967 film The Graduate, which starred Dustin Hoffman. The movie is about a recent college graduate who’s come back home, aimless. He’s seduced by an older neighbor, Mrs. Robinson. (More on this relationship later.)

The track is an acoustic-driven song with clean, bright production and divine harmonies from the two singers. It includes references to big names like New York Yankees baseball player Joe DiMaggio, and Jesus.

The version of “Mrs. Robinson” in the movie employs what’s known as a “Bo Diddly beat,” which goes duh-duh-duh-dh-dh, or 1-2-3-4-5. The final version for the movie, which was completed on February 2, 1968, was released three months after the film came out. In it, a louder and more staccato bass drum can be heard along with splashy cymbals.

But more than any percussion instrument, the song is driven by acoustic guitars and acoustic leads and the duo’s signature harmonies. On the track, Simon also sings a quick “coo-coo-ca-choo,” which is an homage to the Beatles and their song, “I Am the Walrus.”

The Graduate And Director Mike Nichols

Simon pitched the song to film director Mike Nichols with Garfunkel after Nichols reportedly rejected two other songs that the duo had intended for the movie. The soundtrack for the film uses two short versions of “Mrs. Robinson.” And a full version of the song was included on Bookends. “Mrs. Robinson” was again released later on an EP of the same name in 1968 along with three other tunes from the movie: “April Come She Will,” “Scarborough Fair/Canticle” and “The Sound of Silence.”

After Simon & Garfunkel had risen to fame in the mid-1960s by touring constantly and releasing a string of hits, film director Mike Nichols, who was beginning work with The Graduate, became enamored with the duo’s songwriting. Allegedly he was listening to the duo nonstop before and after filming.

So, Nichols set up a meeting with Columbia Records chairman Clive Davis to see about permission and song licensing for the film. Davis was on board and saw images of a best-selling soundtrack.

Paul Simon, unlike Nichols and Davis, wasn’t so sure about the pairing, however, figuring that licensing his music to a film soundtrack was akin to selling out. Nevertheless, Simon agreed to write one or two new songs for the movie after meeting Nichols and finding himself impressed by both the director’s intelligence and the film script.

Simon, some weeks later, came back to Nichols with two new tracks: “Punky’s Dilemma” and “Overs.” But the director didn’t particularly dig either of them. Nichols asked if they were working on anything else and the duo quickly returned with an early version of “Mrs. Robinson.”

Originally, the now-famous song was titled “Mrs. Roosevelt.” When Simon & Garfunkel came to play it for Nichols after he’d rejected their other two offerings, he was overjoyed. He later said, “They filled in with dee de dee dee de dee dee dee because there was no verse yet, but I liked even that.”

Explained Garfunkel later, “Paul had been working on what is now ‘Mrs. Robinson’, but there was no name in it and we’d just fill in with any three-syllable name. And because of the character in the picture we just began using the name ‘Mrs. Robinson’ to fit […] and one day we were sitting around with Mike talking about ideas for another song. And I said ‘What about Mrs. Robinson.’ Mike shot to his feet. ‘You have a song called “Mrs. Robinson” and you haven’t even shown it to me?’ So we explained the working title and sang it for him. And then Mike froze it for the picture as ‘Mrs. Robinson'”

Simon, who was a baseball fan (and a New York Yankees fan, in particular), loved Mickey Mantle. When asked on The Dick Cavett Show why, then, did he not cite Mantle over DiMaggio he retorted, “It’s about syllables, Dick. It’s about how many beats there are.”

Simon reportedly later met DiMaggio at a restaurant in New York City in the 1970s and the slugger immediately asked Simon, “What I don’t understand is why you ask where I’ve gone. I just did a Mr. Coffee commercial, I’m a spokesman for Bowery Savings Bank and I haven’t gone anywhere!”

Simon later said of the encounter, “I didn’t mean the lines literally, that I thought of him as an American hero and that genuine heroes were in short supply. He accepted the explanation and thanked me. We shook hands and said good night.”

Later, in a New York Times piece in March 1999, not long after DiMaggio had died, Simon talked about their meeting and said also that the line was intended as a sincere tribute to the baseball player and his unpretentious and modest heroic stature in a time when pop culture distorts how people perceive their heroes.

He said, “In these days of Presidential transgressions and apologies and prime-time interviews about private sexual matters, we grieve for Joe DiMaggio and mourn the loss of his grace and dignity, his fierce sense of privacy, his fidelity to the memory of his wife and the power of his silence.”

The song was Simon & Garfunkel’s second chart-topping hit, peaking at No. 1 on the Billboard Hot 100. It was also a top-10 hit in the U.K., Ireland an Spain, among other countries.

In 1969, the track became the first rock tune to win a Grammy for Record of the Year. It’s also been covered by big names like Frank Sinatra and Bon Jovi.

“Mrs. Robinson” received two Grammy Awards at the 11th annual celebration in 1969. Not only was it the first rock song to win Record of the Year, it won the Grammy for Best Contemporary-Pop Performance—Vocal Duo or Group.

It was, however, ineligible for the Oscar due to the fact that a nominee must have written a song exclusively for a film. “Mrs. Robinson” apparently didn’t fit the bill.

In 2010, news broke that Iris Robinson, who was the wife of Northern Ireland First Minister Peter Robinson, was having an affair with the adult child of a family friend, who was 40 years her junior. When that news became public, many sought to get Simon & Garfunkel’s “Mrs. Robinson” back to the No. 1 spot.

Legendary film director Quentin Tarantino used “Mrs. Robinson” in his 2019 Oscar-winning film, Once Upon a Time in Hollywood. In plays during a scene when Brad Pitt’s character (Cliff Booth) sees a much younger girl, intriguing him.

The song was also covered by Ol’ Blue Eyes, himself. Frank Sinatra recorded it for his 1969 album, My Way, though Sinatra’s version changes a few lines, replacing “Jesus” with “Jilly.” It also includes a new verse, which references the song’s namesake character from The Graduate. Allegedly the words were changed due to the refusal of some radio stations to play the song due to the original “Jesus” reference.

The song opens with the word “And,” which is a unique choice, as if it begins in the middle of something. Perhaps this made it perfect for a film, which has its own story going.

We’d like to know a little bit about you for our files
We’d like to help you learn to help yourself
Look around you, all you see are sympathetic eyes
Stroll around the grounds until you feel at home
And here’s to you, Mrs. Robinson
Jesus loves you more than you will know
Whoa, whoa, whoa

These lyrics offer a sense of paranoia, like the C.I.A. is watching—a common feeling amongst people (and artists) in the 1960s with the rise of the American post-war government. There are several references to God and Jesus as well as candidates and government figures.

And the song concludes with the now famous reference to DiMaggio, who is, at least in Simon’s eyes perhaps, a better king to lead us than our government:

Where have you gone, Joe DiMaggio?
Our nation turns its lonely eyes to you
Woo, woo, woo
What’s that you say, Mrs. Robinson?
Joltin’ Joe has left and gone away
Hey, hey, hey
Hey, hey, hey

For those who’ve seen the movie, whenever the song comes on, it’s impossible not to think of Hoffman looking out into space, thinking of his life and the pickle he is in. Caught in the middle of an affair and his new love for Mrs. Robinson’s daughter, his character is also aimless and restless, not knowing what’s next for his life post-college.

With a jangly acoustic guitar and singing voices beyond compare, “Mrs. Robinson” packs so much in just four minutes. 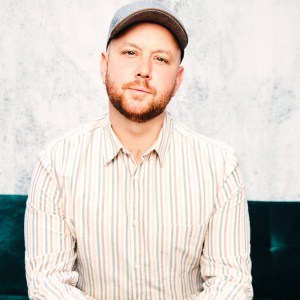 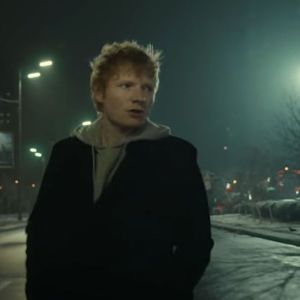