It’s a beloved rock standard, a radio hit which resonated in the season of its creation and persists powerfully through the decades. It became a hit despite its enigmatic title, one which few on this side of the Atlantic, oblivious to the meaning of Cockney rhyming slang to this day, ever understood.

But so great is the song, the performance, the guitars, the groove, the visceral vibe and her attitude, that didn’t matter.

Written by Chrissie to a riff played by  her late-great guitarist-friend-co-writer James Honeyman-Scott which she recorded, it was produced by Chris Thomas and released as a single in November, 1979. It was featured on their debut album, The Pretenders, which also had “Kid” and “Stop Your Sobbing.”

“Brass” was the band’s third single, but their first hit. Never reaching the top of the charts in America (it went to 14), it was a number one hit on the UK Singles Chart for two weeks in January 1980, which gave it the distinction of being the first number-one single of the 1980s.

So when given the opportunity to go to the source – Chrissie Hynde, interviewed for this magazine – we asked about the meaning and history of this song.

Here, in her own words, is Chrissie on “Brass In Pocket.”

Chrissie Hynde: I did not like it at first. I said that would go out over my dead body.That was my famous quote.

I didn’t like it because I didn’t think it knew what it was. I thought it sounded like it was trying to be a Motown song, but it didn’t quite get it. It didn’t quite make it.

James had that little riff [sings opening repeated guitar notes]. He was playing that in the studio and I thought, “Wow, that’s awesome.” And I just happened to have a little tape recorder and I taped it. That’s the one time I did that. I wish I had done it more. That’s how I did it with him a few times.

People did think I was the character in the song but I was not, really. Although I loved the anti-establishment nature of rock & roll –  that’s why I got into it, because I didn’t want to be part of the establishment. I still have this thing.

See, the thing about rock is there are rules but there’s no rules. There’s a kind of tradition,  like Wayne Fontana & the Mindbenders’ “The purpose of a man is to love a woman. So I wrote “Message of Love,”  and I took the title “Message of Love” from Jimi Hendrix.

Like “2,000 Miles” came from Otis Redding. I always want to pay tribute to my heroes. And  I always think everyone’s going to see that straight away. And then when no one mentions that, I think someone out there will think I just plagiarized this person and tried to get away with it.  I think they’re so obvious when I do that. It wouldn’t occur to me that somebody wouldn’t know that

Anyway, Brass in Pocket, it’s all right I like it

The title came because I heard a guy from a band up north who had taken his suit to a dry cleaner and –  I can’t do the accent  – but he said, “Was there any brass in pocket?” I hadn’t heard that before and I thought it was a good turn of phrase.

There’s also reference to [legendary cartoonist] Robert Crumb in there,  where I go, “It’s so  reet.” Another one of my heroes, Robert Crumb. And, well, this is just fucking me rambling. Like I said, I got away from it in that song.

And the other thing about “Brass in Pocket,” the tradition of it is that you’re supposed to be kind of cocky and sure of yourself. You’re not supposed to go on stage and say, “I’m small and I have no confidence and think I’m  a shit.” Because you just can’t do that on stage. You’re not supposed to, and probably you don’t have much confidence, and you do think you’re a little piece of shit or else you wouldn’t have gotten a rock band together in the first place.

The nature of the stage – where you are already seven feet higher than everyone and they have to look up at you – you have to use that to your advantage. And so, hence,  “Brass in Pocket” is, I guess, a big lie.

Oh, ’cause I gonna make you see
There’s nobody else here
No one like me
I’m special, so special
I gotta have some of your attention, give it to me

‘Cause I gonna make you see
There’s nobody else here
No one like me
I’m special, so special
I gotta have some of your attention
Give it to me

‘Cause I gonna make you see
There’s nobody else here
No one like me
I’m special, so special
I gotta have some of your attention
Give it to me 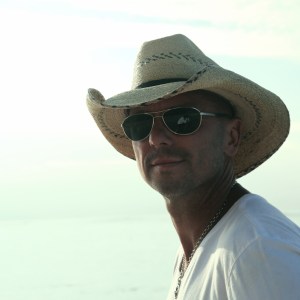 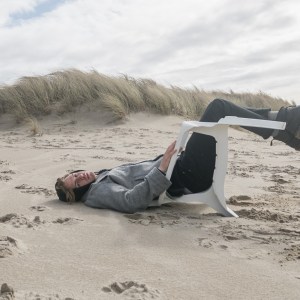