JP, Chrissie & the Fairground Boys – “If You Let Me”

JP, Chrissie & the Fairground Boys’ Fidelity! isn’t a far cry from the stuff of Chrissie Hynde’s old band, but this time she’s got a young Welsh gentleman half her age singing with her about the perfect relationship destroyed by age difference. But they aren’t singing the blues. Instead the queen of new wave pairs her soaring, clear-bell voice with the scratchy one of the carnie-raised J.P. Jones, singing, “I’m gonna take on this world/I’m gonna make you love me/if you let me.” The little contradiction there is no surprise coming from the unpredictable and temperamental Hynde. A tambourine jangle, the uh-ah pound of the bass drum and the hammering away at the keys like a Tom Petty & the Heartbreakers song bear all the exuberance and buoyancy of The Pretenders we love.

David Gray – “A Moment Changes Everything”

David Gray’s hardened, pinched voice once again alleviates a listener from drowning in the sap that typically comes from such camera-panning-around-a-kissing-couple music. In other words, it’s lucky he’s David Gray. Through the raindrop-like pounding of the keys, the melody surges and soars breezily while Gray romances us with images of summer skies “blushing pink” and the beauty caught in one particular moment.

Guster is one of those rare, enigmatic bands that still haven’t peaked and fallen even after making music for 15 years. “Do You Love Me” is just more proof that they’ve retained the ability to take you on a bouncy, acoustic, sunny-day ride in the same way they did on 2003’s Keep It Together. It’s another sugar-sweet tune, complete with the sound of wedding bells which adds a particularly nice touch, though a careful listen to the lyrics reveals what sounds like Adam Gardner’s deep concern over whether the feeling of love is mutual.

It’s become fashionable to say Kings of Leon have spiraled downward musically as they’ve climbed the mainstream ladder. There are those who say that the Nashville band won’t ever be what they used to be, and those who say KOL are just evolving naturally. Both are right. “Radioactive” isn’t the raw and gritty stripped-down southern rock that made Kings of Leon famous. But the poppy needling riff is catchy and, though the lyrics about appreciating your origins may cause some eye-rolling, Caleb Followill should get credit for the sentiments and an irrefutably infectious rock song.

This is one of the stonger songs to come from Weezer lately, probably because they’re reflecting on the olden times of the ’90s and wishing they could go “back there.” Ironically enough, most Weezer fans or ex-fans wish the band could, too. If you grew up in the ’90s, you’ve probably spent your share of time on the bandwagon overrun with diehard Pinkerton and Blue Album fans; it’s hard to lay aside the ’90s comfort music. In “Memories,” Weezer calls upon all those good times of “when Audioslave was still Rage,” playing hacky sack and urinating in plastic cups before a show in a high-energy power ballad. If the overly-anthemic chorus is hard to listen to, at least the buildup is bearable amidst grinding guitar, explosive percussion and Rivers Cuomo’s unchanging voice. 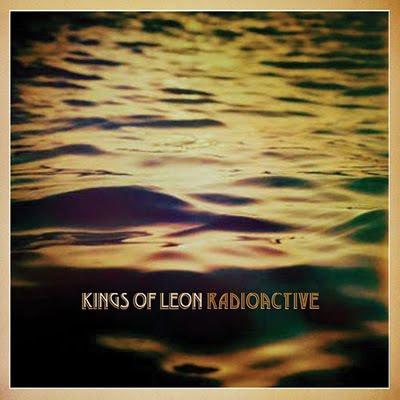