“Catch The Wind” was the first song Donovan ever wrote. It was also his first record, released in the Spring of 1965 as a single only. In gentle waltz-time, the original single was sparse, just voice, guitar and strings. It became his first of many hits, reaching #4 in the UK, and #17 in the U.S.

But that record, at only 2:21 in length, is not the one most people know. Three years after recording it, with Mickey Most producing, Donovan made a full band version, which is almost twice as long. It begins like the original, just voice and guitar. But then the drums kick in with a big fill, and we’ve gone from 1965 to 1968 – from folk to folk-rock. Both delicate and dynamic, like all his hits, it’s the recording included on his most popular album ever, the 1968 compilation Donovan’s Greatest Hits, for which he also re-recorded his song “Colours.” The other songs were the original singles, including “Atlantis,” “Hurdy Gurdy Man,” “Sunshine Superman,” “Mellow Yellow” and “Jennifer Juniper.”

“Catch The Wind” has become a modern standard. Back in 1965 it started being covered immediately, first by Johnny Rivers and later that same year Paul Revere & The Raiders. Since then there have been hundreds of recordings of it by a wide spectrum of artists, including Glen Campbell, Cher, Buck Owens, Chet Atkins, Eartha Kitt, We Five, The Lettermen, Flatt & Scruggs, Dottie West, Joan Baez, Jimmy LeFave and Rickie Lee Jones.

In 1988, Donovan was in Marina Del Rey, where we spoke about songs and songwriting. Of “Catch The Wind,” he said this:

DONOVAN: As a first song, and it was my first single, it is very well-crafted. It is about a relationship that one can’t have. Lost love, love unrequited.  and actually is about Linda [Lawrence, who became his wife], although I didn’t meet her until a year later. So once again it was prophetic. and even though, if I say so myself, as a first song it is quite amazing. It is not naive in any way; it is very knowing.

The melody is very similar to an early Dylan melody [sings portion of Dylan’s “Gates of Eden”].  Roger  McGuinn pointed that out to me.

The lyric was about Linda, who I hadn’t met. Because there was nobody around at the time who I was writing about. It was about all womanhood, or  the relationship that one wanted that one couldn’t have: “Ah, but I may as well try and catch the wind.”

Songs come from within. Music has this power over all the other arts, wherever it comes from – and it’s hard to talk about your own music – there are these tones, and when these tones are sounded they presumably touch different parts of us and when we’re sad and we hear a sad song, are we elevated? Generally we are. When we hear a basic rhythm, the body starts to move.The I Ching describes music as an invisible sound that moves all hearts.” 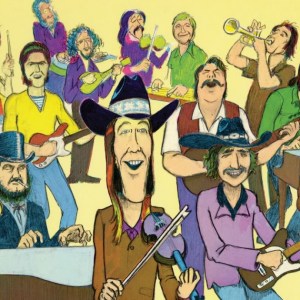 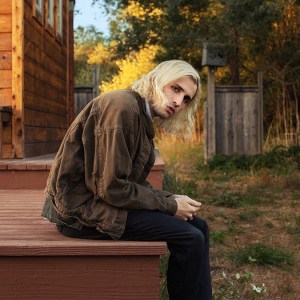