Linda Ronstadt is a once in a lifetime kind of lyrical interpreter. Her catalog is rich with covers of popular, or in other instances, quite obscure, songs from legends, outliers and contemporaries alike. Her rich soprano frequently unearthed fresh meanings that many others could not. Her signature hit song remains “Blue Bayou,” a somber ballad yearning after simpler times, which she recorded for her 1977 studio album, Simple Dreams.

The song, however, originates from the minds of American treasures Roy Orbison and Joe Melson, who first had an inkling of the song on a road trip from Arkansas to Texas. Orbison would then flesh out the song, and he initially recorded the boastfully aching song in 1961. It was released two years later for his In Dreams album on Monument Records. Orbison’s original is decorated with classic ‘60s pop harmony, a quite unusual fluidity and harmonica.

“Blue Bayou” was released as the b-side to stateside single “Mean Woman Blues” and became an international hit for Oribson, peaking at No. 3 on the U.K. charts. With no official U.S. radio push, the song finished at only No. 29 on the Billboard Hot 100.

As with many of her own reworkings of popular hit songs, Ronstadt’s 1977 version is often known as irrefutably hers. Longtime collaborator and producer J.D. Souther reportedly taught Ronstadt the song during one of their late-night brainstorming sessions. “J.D. and Glenn [Frey, of The Eagles] simultaneously suggested [the song] to me sorta like Twiddle Dee and Twiddle Dum,” Ronstadt told Circus Magazine [issue dated October 27, 1977]. “We sat up all night talking like mice at incredible speeds, playing and singing half the song we knew, all of us singing in different keys. I’ve got a tape of it and it’s the fastest tape I’ve ever heard. It sounds like R2D2.”

Ronstadt’s “Blue Bayou” was released in August 1977 and climbed to the No. 3 and No. 2 on the pop and country charts, respectively. Its success garnered the singer quite a distinction: she became the first female artist to ever have two singles in the Top 5 in the same week (“It’s So Easy” was hanging in at No. 5 on the pop charts) and the second act overall, only behind The Beatles. The song also earned Ronstadt nominations for Record of the Year and Best Pop Vocal Performance – Female at the 1978 Grammy Awards. 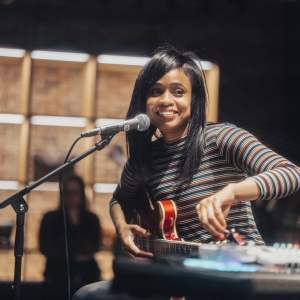 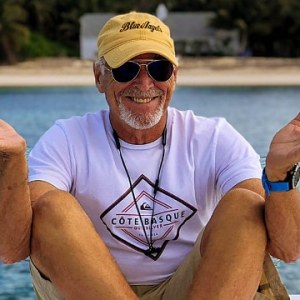