It’s not often that you get a mainstream holiday song that’s also an anti-war ballad but then again it’s not often you get an artist like John Lennon. And his holiday track, “Happy Xmas (War Is Over),” showcases the breadth of ability that is the former Beatle.

Released in 1971, the song is officially a single by the Plastic Ono Band, which was comprised of Lennon and wife Yoko Ono. It includes the Harlem Community Choir singing delightful harmonies and background.

The single was the seventh released Lennon song post Beatles. It peaked at No. 4 in the United Kingdom, where its release was delayed until November 1972. In 1980 when Lennon died (was murdered), the song peaked again at No. 2 on the U.K. Singles Chart. In a U.K. poll by ITV in December 2012, it was voted “The Nation’s Favorite Christmas Song.”

Of course, baked into the song is an anti-war message—specifically targeting the Vietnam War. Despite that (or perhaps because of that), the song has since become a classic on holiday radio stations and on end-of-the-year playlists. Featuring Lennon’s signature rock ‘n’ roll voice and a tinny, rhythmic guitar, the tune is indelible. It came after two years of peaceful protesting by Lennon and Ono.

After the success of Lennon’s 1971 hit, “Imagine,” he had a personal realization that, in part, led to his holiday song. Lennon said, “Now I understand what you have to do: Put your political message across with a little honey.”

From 1963 to 1969, the Beatles had issued special recordings around Christmas directly to members of their fan club. After the group broke up in 1970, Lennon was the first former Mop Top to release an original Christmas tune. Later George Harrison released, “Ding Dong, Ding Dong” in 1974, and Paul McCartney released “Wonderful Christmastime” in 1979. Ringo Starr released his album, I Wanna Be Santa Claus, in 1999.

“Happy Xmas (War Is Over)” began in October 1971 with a simple demo that Lennon recorded in his suite at the St. Regis Hotel in New York City, where he and Ono lived. Ono received songwriting credit but she does not appear on the original demo. A second demo of the song was made later that month when Lennon and Ono moved to another NYC apartment in Greenwich Village.

To record the track, as he’d done for prior songs, Lennon called in producer Phil Spector. According to legend, when Lennon played the first line, So this is Christmas… Spector told Lennon it was rhythmically the same as the 1961 single Spector produced by the Paris Sisters, “I Love How You Love Me.” In the studio, Lennon wanted mandolin-style riffs as he heard in the 1971 Spector-and Harrison-produced single, “Try Some, Buy Some.”

The Beatles’ Apple Records released “Happy Xmas (War Is Over”) as one side of a 7″ with the Plastic Ono Band track and “Listen, the Snow Is Falling” on the other side, in 1971. It came out on transparent green vinyl. A dispute between Lennon and a music publisher delayed the release in the United Kingdom until late November 1972.

“Happy Xmas (War Is Over)” first appeared on an album when it was released on the LP, Shaved Fish, which was the only compilation of the former Mop Top’s solo recordings released while he was alive. It came out in 1975. Later, a rough mix from the original recording session in October 1971 was released in 1998 on the compilation, John Lennon Anthology.

From there, Lennon croons:

The chorus then hits and subsequently lasts in your mind forever thanks to the children’s choir:

A very merry Christmas
And a happy new year,
Let’s hope it’s a good one
Without any fear

Lennon continues singing, now about the end of war, about rich and poor, Blacks and Whites and the long road ahead. But there is one major point: stop fighting. Let peace reign. Isn’t that the point of Christmas? Isn’t that why we’re all celebrating it, bringing joy, trying to be good citizens?

The children’s choir continues to sing as if to jog the minds of adults: 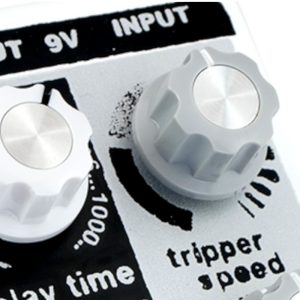