Golden-voiced soul singer Allen Stone remembers the day he wrote the lyrics for his song, “Unaware.” It was ten years ago in Los Angeles in a recording studio with just one other collaborator. At the time, while he was happy about the work, it was also just one of about 25 songs Stone had put together for his debut self-titled 2011 LP. Funny how something that seems relatively unremarkable can turn into a life-changing moment.

For Stone, who has been thinking about “Unaware” and other early compositions due to the forthcoming release of his latest LP, the acoustic APART, on November 12, the heartfelt, emotive track has since changed his life.

“We recorded it in the studio,” Stone remembers. “We were stoked on it. But this was right around the time of YouTube happening, at least the time when people were starting to utilize YouTube for getting noticed.”

Seeing the digital trend, Stone decided he wanted to offer his burgeoning audience something different, and visual. He thought: “I want people to see me sing. I think it’s important for them to be able to see me do it.” So, Stone, with some musical pals, set up a makeshift recording studio in his mother’s living room in Eastern Washington. They tracked “Unaware” and, Stone says, somehow at that moment it took on a completely new direction.

“I did things with my voice that I didn’t do on the regular recording,” he says. “That [live] version of that song and that performance was really what propelled me to do the last 10 years of making music.”

After releasing the live rendition of “Unaware” from his mother’s living room, Stone was noticed globally. He earned offers to play on famed late-night television shows from Conan O’Brien, David Letterman, and Jay Leno.

Listening to the song or reading its lyrics and it’s clear what the meaning behind the lyrics is: self-preservation.

Every day, the deficit grows
You spend more than you own
Papa always said to me
“Keep a close eye on your authority”

The narrator (Stone) of the songs needs to get out of these situations that hurt him. Of course, he’s in them because the other person or entity says that they care. But it doesn’t feel that way, in reality, Stone lets us know. You say that you care, he sings, but I was unaware. Instead of love, it feels like being pulled apart at the seams. You can’t stretch it any farther. Something needs to be severed: the relationship before it becomes Stone’s vitality.

These days, as Stone has revisited the song for his new acoustic LP, he says it feels like a high school reunion, coming back to the origins of the impactful track. Buoyed by lovely synths and pocket-perfect percussion, Stone flies high on the recording, hitting a delightful note that sheds sonic light everywhere.

For the track, which eventually came out on Stone’s self-titled album in April of 2011, there is a great deal of high ground. Stone even performed it recently on American Idol with singer Dennis Lorenzo, leading Lionel Richie to say, “Sick!”

He also sang it at a recent show opening for Erykah Badu, one of many memorable experiences now associated with the indelible recording.

“This past weekend,” Stone says, “I got to open for Erykah Badu, who’s been a hero of mine forever. It’s funny, we get to the end of the set and we’re going to do ‘Unaware,’ and that’s the biggest vocal moment. Every time I get to that song, it’s a mixed bag of feelings. One is, I’m so thankful for this piece of music. Then the other is that it’s the highest fucking vocal note I can reach and I’ve had to sing that song every night for the past 10 years.” 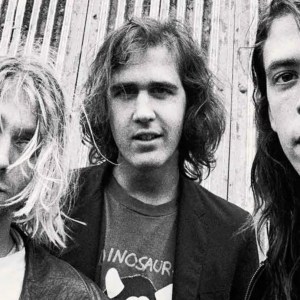 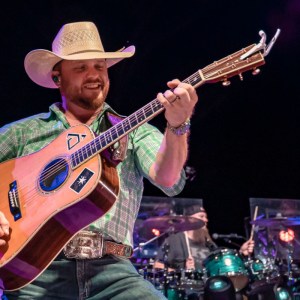