The legendary songwriter relates the unusual origins of one of the most performed songs of all time.

The man wrote “My Way.” For that and that alone, Paul Anka deserves an entire floor in the Tower of Song. Not only is it one of the most recorded and sung songs of all time, recorded by everyone from Sammy Davis, Jr. to Syd Vicious,  it was the signature song for the man many consider the greatest singer ever, Frank Sinatra.

In fact, Anka co-wrote the song, as related in the following account, to a minor French pop hit for Claude François about a failed marriage, written by Jacques Revaux.

Paul  Anka also wrote the “Tonight Show” theme, used during the Johnny Carson reign, not to mention countless hits he recorded himself, from early rock & roll hits “Diana” and “Lonely Boy” in 1958 through “You’re Having My Baby” in 1974. But no song meant more to him than “My Way,” nor any singer as much as Sinatra.

Written in the incendiary year of 1968, the song reflected the paradigm shift the world was undergoing, as signalled by the evolution in pop music from the songs of Sinatra to rock & roll. It was the start of a new era, and Sinatra belonged very much to the previous one. He told Anka that rock & roll made him feel irrelevant, and felt it was time to call it quits.

Anka loved Sinatra, and had deep reverence for all the great songwriters who wrote the songs Frank sang. No news hit him harder than this. It led him, ultimately,  to create this iconic song, as related in his own words:

PAUL ANKA: I vacationed a lot in France and spent a lot of time over there. Took my family over there, married my wife there. I was really into that scene, and I know everybody. I like the diversity and the balance of it.

I heard this song on the radio, a mediocre hit by a French singer which was called “Comme d’habitude.” *The title means “As Usual.”  It’s about a couple in a very boring marriage, a relationship which is, “as usual.” They get up every day and “the smell of your breath, I love it…” Very graphic French song.

So I heard it but I knew there was more in it, because it wasn’t a huge hit I knew the publishers up in Paris. You got to remember, this was ’66 – and I called them up to see if I could get this song. I mean, we weren’t buying the pyramids here. It was done in 30 minutes [with French accent] “Yeah, here, take it.”

It was a two-page contract. I had a vision they were so-so about it in France, which wasn’t a big market. So I brought it back. I was just keeping it in the drawer. I’d play it on the piano. I didn’t refer to the French record at all lyrically.

So all through this, I knew Sinatra. You know, he hated pop music. He hated Presley and The Beatles. Never got it. He didn’t understand it. He was from the real pure world, old standard American classic. He wanted to be with it, but he couldn’t. He tried. And then he married Mia [Farrow]. But he never got it. He would sit there and say, “What is this shit?”

So Sinatra is teasing the hell out of me, saying, “When are you going to write me a song?” Which I knew wasn’t going to happen. Why? because I felt I didn’t have the capability. All through those early years I did not feel ready.

You have to remember as you are growing and maturing and working at your craft, that’s not overnight. There is a certain kind of song that you write for your age and your intellect. It comes from learning your craft and maturing as a person I never would have written the song when I was younger. I wasn’t capable. But Sinatra was always talking about aging. He hated getting old. He hated old age. And the song is about being old. You’re old, you’re vintage.

But it bugged me that I couldn’t write him a song. Because I loved him and adored him, like all of us did. So I decided that one day I was going to do it.

That really motivated me. So when I went back to New York, sitting there at one in the morning,  thinking this is for real.

And I started at one in the morning at the typewriter-piano. I wrote it as if Sinatra were writing it. I used a lot of his language.

I started metaphorically: “And now, the end is near, and so I face the final curtain.”

I wrote it just for him and put the demo together, brought it to him.

That was it for me. I started to cry. Iit was a turning point in my life. Even though I’d been nominated for an Academy Award when I was a kid for The Longest Day, even though the “Tonight Show” theme [which Anka composed] was cooking every night, for me to get a Sinatra record, and on a song like that, which I knew was the most different song I’ve ever written, was a monumental day in my life.

So it shows you about songwriting: when you know your craft, when you’re a writer, there is no age barrier. When you’re the singer performing the song, there is. RCA was upset at the time that I gave it away. I said, “Hey, I’m young enough to write it but I’m not old enough to sing it! It belongs to Sinatra. He’s the guy who’s going to get it out there. That’s his song.”

Sometimes  you check your ego at the door. And I would never, ever, ever try again.

It became Sinatra’s signature song. And then he came back, and said, “You know what? I’m going to try again.”

Sinatra recorded the song in one take, and it was released in 1969 and became a hit. Though it never went to number one on the charts, it remained in the Top 40 for an unprecedented  75 weeks, all the way from April of 1969 through September of 1971, a remarkable pop phenomenon at that time by a singer who preceded rock & roll. 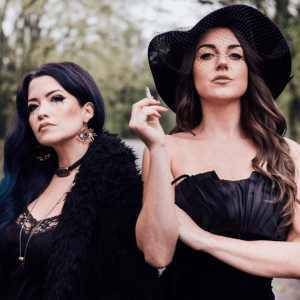 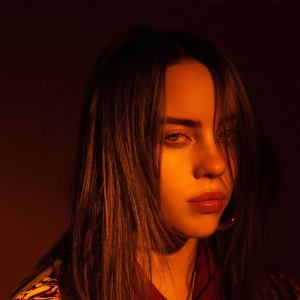