Colleagues in Nashville call it Laurel Canyon. Friends in LA say it’s definitely Country. Whatever it is, folks everywhere will appreciate the sonic anomaly that is Boys Club for Girls. In an industry dominated by one-man bands, Amie Miriello and Vanessa Olivarez have mastered the art of sharing the stage with years of experience in background vocals. The duo creates a serendipitous union that brings perfectly matching harmonies to their alt-rock-girl-country anthem, “Romance Is Dead,” premiering today on American Songwriter.

“You can’t force a musical connection,” Olivarez remarked. “It’s just when two musical minds come together and complement one another, and you can feel the spark and feel the sense of connectedness. It was instant with Amie and me.”

The two met in October of 2018 at a benefit show that Olivarez curates, Flatiron Maiden, an all-ladies, 80’s-themed party. Olivarez approached Miriello after her performance of “I Want To Know What Love Is,” and asked if they could write or sing together because she was “obsessed” with her voice. “I was also obsessed with her,” Miriello added. “She was running around the stage like a lunatic. I was like who is this crazy person that I need to be best friends with?”

By the end of January of 2019, the two finally sat down to write. Miriello brought a melody to the table. Olivarez immediately came up with a representative title. In less than an hour, their first song, “Romance Is Dead” bloomed into existence.

“We wrote it so quickly, and then we started singing it together; we were kind of freaking out,” Olivarez recalled. “We were like holy shit, this is good!”

“When you’re writing with someone, it’s a sort of relationship to it. There is a romance to it even though you’re not romantic.”

Miriello attributes Olivarez’s concept creation to the duo’s streamlined writing process. “Vanessa is a genius as far as concepts,” she shared. “She just comes up with these concepts, and they come with titles and a whole story.” Miriello, a master of melody and lyrics, takes the opposite approach. The two join congenially at the table, rounding out the talent on either end of their artistic spectrum.

“Melodies just sound like pictures to me,” Olivarez responded. “They immediately create a visual that propels me. I don’t even know how it happens, it just happens. Especially Amie’s melodies, they are just so moving and inspiring. It’s hard not to be very attracted to them and come up with something almost instantaneously.”

The song draws inspiration from the current realities of the digital age. The duo noted a lack of appreciation for a face-to-face conversation with the distraction of text messages and social media. “Nobody is ever looking up to see the beauty that’s right in front of them,” Olivarez remarked. “Everybody needs someone to love them with a ferocity and a fire that you can feel from the other side. It’s hard to feel sometimes, in this world, that exists anymore.”

“With that sentiment in mind,” Miriello interjected, “the attitude is like ‘well fuck it then. All I really need is someone who’s real. I don’t want to keep climbing that hill. Maybe romance is dead, so let’s rock out.”

The attitude is not self-loathing. Olivarez and Miriello are not feeling sorry for themselves. Instead, the song is a sarcastic take on the idea that the romanticized idea of romance is hard to come by these days.

“Romance Is Dead” is the third single following “The Weatherman” and “Tell Me I’m The Only One.”

Listen exclusively to “Romance Is Dead” from Boys Club for Girls below. Look out for a six-song EP out in April and their self-titled debut record set for release this summer. 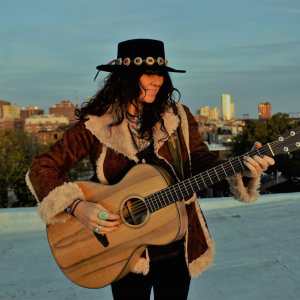 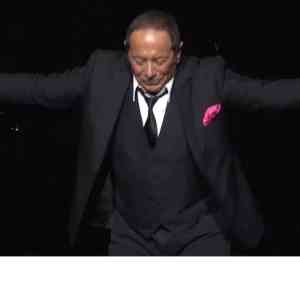