Former Bad Wolves band member Tommy Vext filed a lawsuit against ex-manager Allen Kovac, CEO of Better Noise Music, alleging his open support of Trump and various social media posts forced him out of the band, as reported by TMZ Monday afternoon (July 26). Additionally, Vext claims Kovac has been known to toss around the N-word behind the scenes.

“For several years I’ve poured all of my energy and passion into building Bad Wolves. We’ve toured the world several times and charted 6 billboard number 1 singles,” Vext said. “All the while I’ve had to endure disparaging, manipulative and at times racially charged misconduct from my former manager Allen Kovak and his record company Better Noise Music.”

He added, “Allen has forced me out of my own band and is now attempting to slander and cancel me. After several failed attempts to settle amicably, I’m now forced to place this in the hands of the courts.”

In response, Kovac has issued a statement addressing both the lawsuit and allegations. “I am disappointed to see these accusations from Tommy against me, 10th Street Management, and Better Noise Music. They are categorically false. In 40 years in the music business, I have never made any derogatory racist comments, been accused of doing so, or been sued by an artist,” he said. “Tommy Vext, a self-proclaimed QAnon supporter, has dragged us into a ridiculous, unfounded narrative that falsely paints him as a victim.”

Kovac continues, pointing out Vext willingly quit the band in January 2021 after “being abusive to his band members. He has since waged an all-out assault against the band and its members on social media. Behind the scenes, he and his team of lawyers have been trying to extort the band and the record company for a big payout. Because these tactics were not successful, he upped the ante and filed this bogus and spurious lawsuit to get leverage in contract negotiations.

“But this strategic ploy won’t work. We will not be extorted; and will defend and defeat these phony claims in court. As a management company and record label, we pride ourselves on working with artists from all different walks of life and encourage them to speak their minds creatively and authentically,” adds Kovac. “I have never forced political beliefs or values on any of our artists or employees, but I also will not tolerate when people create a hostile environment. Bad Wolves has always been a collaborative effort between its members, its management, and our label, and no single member is responsible for the creation of its art or its success. Putting this distraction aside, Bad Wolves is continuing to focus on its music and will release its best record yet in October with new lead singer Daniel ‘DL’ Laskiewicz. I am very proud of the band.”

John Boecklin, band co-founder and drummer, and Doc Coyle (guitarist) corroborate with a brief statement of their own: “In all our dealings with Allen Kovac, he has never used any derogatory racial slurs. Tommy is making all of this up. Period.”

Following Vext’s departure from the group, Daniel “DL” Lasckiewicz joined as the new lead singer. “DL is a tremendous songwriter and singer, and we can confidently say that the album we are working on, titled Dear Monsters, is the best Bad Wolves album to date,” the band said about the change, as American Songwriter previously reported. “DL is one of the most talented and hard-working people we have ever had the pleasure to know. He is a team player, a creative force, and overall a great human being who fits perfectly with our Bad Wolves family. It feels incredible to be surrounded with such positive energy and the music we’ve made is certainly reflective of this newfound optimism and collaborative spirit.” 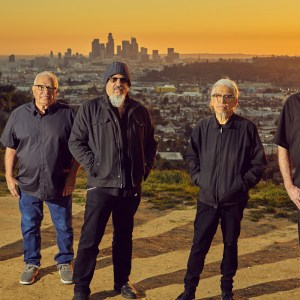 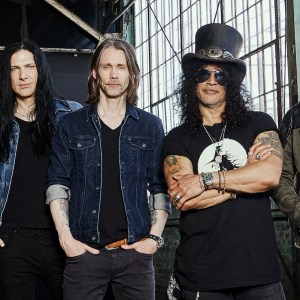