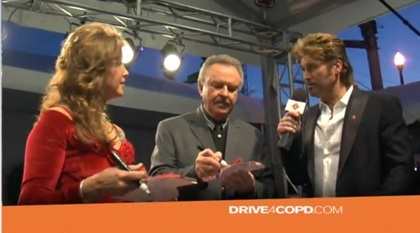 Ridgefield, CT-The DRIVE4COPD national public health initiative today announced that it is partnering with the Country Music Association (CMA) to launch the Tune Up For COPD Songwriting Competition, featuring Country Music stars Billy Ray Cyrus and Patty Loveless. The competition challenges Americans to create a new DRIVE4COPD song to help raise awareness of chronic obstructive pulmonary disease (COPD). Last year, Loveless wrote the campaign anthem, ‘Drive,’ in honor of her sister Dottie, who died of COPD when she was only 48 years old.

In line with the DRIVE4COPD mission, Tune Up for COPD asks amateur songwriters to write a song with a motivational message that encourages people to be proactive in taking control of their lives and be healthy. The winner will have the opportunity to perform his or her song live at the CMA Music Festival in Nashville in June 2011. In addition, fans can log onto DRIVE4COPD.COM to view and vote on entries. A “fan favorite” song, determined by the highest number of online votes, will be showcased online.

“I learned at an early age from my grandfather, who was a pastor, both the impact COPD symptoms have on one’s life and the power of a person’s voice. And I’ve taken those lessons with me throughout the years,” said Cyrus, the newest celebrity to become a DRIVE4COPD Ambassador. “I know music motivates people to take action, and that’s why I’m asking America to help us find the next great song to drive awareness of COPD.”

Tune Up for COPD contestants can upload videos and lyrics sheets before April 15. A winning entry will be chosen by a panel of impartial judges including Cyrus, Loveless, industry experts and members of DRIVE4COPD partnering organizations like the American Association for Respiratory Care, Country Music Association, COPD Alliance, COPD Foundation, NASCAR® and U.S. COPD Coalition. The prize includes a 3-day/2-night trip for the winner and a guest to attend the 2011 CMA Music Fest and perform his/her winning song. For complete competition rules and information, visit DRIVE4COPD.COM.

COPD, which includes chronic bronchitis, emphysema or both, is a progressive disease that makes it harder and harder to breathe. It kills more people every year than breast cancer and diabetes combined. Of the top 10 leading causes of death, it’s the only one on the rise.

“It’s overwhelming to realize that half of the 24 million Americans who may have COPD don’t know it1b,” said Brian Carlin, MD, Pulmonary and Critical Care Medicine, Drexel University School of Medicine. “The first step in getting the help you may need is to find out if you are at risk.”

DRIVE4COPD encourages those aged 35 or older to log onto DRIVE4COPD.COM to take a brief, five-question screener to see if they might be at risk for COPD. If the screener indicates risk, results can be printed and brought to a healthcare professional to discuss.

Launched in February 2010 by founding partner Boehringer Ingelheim Pharmaceuticals Inc., DRIVE4COPD is a landmark public health movement embraced by leading health, business, entertainment and sports organizations that are aimed at driving fundamental change in COPD awareness and management in this country. The unified efforts of the DRIVE4COPD network of organizations help people identify symptoms of COPD, take action to see if they may be at risk for the disease, and talk to their healthcare provider. The campaign is driven by a powerful coalition of organizations including the American Association for Respiratory Care, Country Music Association, COPD Alliance, COPD Foundation and the U.S. COPD Coalition. DRIVE4COPD is the Official Health Initiative of NASCAR®.

This initiative aims to help millions of people affected by COPD by focusing national attention on this common and debilitating disease.

Chronic obstructive pulmonary disease (COPD) – also known as chronic bronchitis and emphysema – makes it harder to breathe because less air is able to flow in and out of the lungs.

As many as 24 million Americans may have COPD – even those who haven’t smoked in years – and half of them remain undiagnosed. COPD is the fourth leading cause of death in the United States. It kills one person every four minutes and more people each year than breast cancer and diabetes combined.

Common symptoms of COPD include coughing, with or without mucus, or shortness of breath. These symptoms are often confused with normal signs of aging. As COPD progresses, symptoms tend to get worse and more damage occurs in the lungs. Breathing gradually becomes more difficult until people with COPD feel like they are inhaling and exhaling through a small straw. 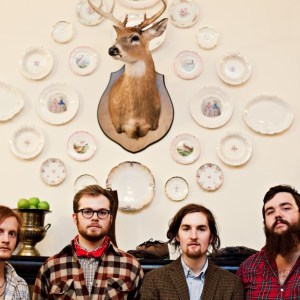