New York City performer and songwriter, Blu DeTiger, says that the best songs she writes are the ones she thinks the least about during the act of composition. What she writes when she’s in that desired “flow state” is often her best work. DeTiger’s recognition of this fact is impressive. In fact, much about her is. She began playing electric bass at seven years old and, early on, she decided to dedicate herself to it.

While her friends were listening to the pop songs of the day, DeTiger was digesting The Rolling Stones and The Beatles. She would skip hangouts and sleepovers to go to music lessons. Today, the burgeoning musician finds herself in the company of artists like Timbaland and media personalities like Zane Lowe. DeTiger says credits a piece of advice she received years ago from a teacher for helping to strengthen her sense of creative clarity. And on March 5, she will release her dynamic debut EP, How Did We Get Here? The new record should prove to be another stepping-stone on DeTiger’s quick rise.

“I remember,” she says, “one of my teachers said this thing once and I always took it to heart. He would always say, ‘Before you sit down to write a song, you’ve done the work already. You’ve practiced, ingested music, lived. You just have to sit down and let it come out.’”

While DeTiger learned this important idea early on (shout out teachers!), it might have only just truly crystalized recently while working on her forthcoming EP. Ironically, she says, it clicked on her single, “Figure It Out.” The track, which has an ethereal quality also boasts a great bass line upfront. It’s a thick groove provided by DeTiger’s favorite instrument. DeTiger performs the vocals in a dualistic way, both melodic (accentuated by the big gang vocals), but also talky, harking to the style of prominent New York City vocalists of decades ago like Iggy Pop. All in all, the song is very much of her style: magnetic and funky.

“I remember thinking that I needed to write a song with a really funky bass line,” DeTiger says. “But then I realized, it’s impossible for me not to. That’s my DNA. The groove is always going to be there. That’s how I think about music and express myself.”

Even though she loved playing bass at a young age, exploring it for all that the instrument offered, from chest-thumping groove to melodic solo, DeTiger also fell for performing at clubs as a DJ. She would bring her swath of songs to bars and spots to perform, spontaneously moving from one track to the other, keeping the vibe alive. To buoy this, DeTiger also brought her bass along and she’d improvise riffs over the music she played. She’d seen some other artists do similar things, like play saxophone over the tracks they spun, but oddly no one ever busted out a bass to accompany their beats. When she did it, the act almost immediately began to gain her recognition. Not only that, it provided the perfect forum to practice live and get better at writing grooves.

“Looking back,” DeTiger says, “it did a lot for me. I got so much better as a musician. If a play a song and hear in my head that it would sound cool with bass, I take it up and play along. It’s all on the fly and coming up with bass lines to these pop songs helped with songwriting down the line.”

Growing up, DeTiger says, creativity was everywhere. Her parents were supportive of her music and performance endeavors. They were visual artists. As such, the idea of being a professional artist or musician always seemed like a viable career path. It helped DeTiger identify early on that she could do it. There were no artificial impediments and she could figure out her purpose at a young age as a bass player. DeTiger says she loves the instrument for its versatility. It can compliment other players in the group or it can lead. It can hold down the low end or it can sprint in higher registers. DeTiger, whose brother is a drummer, began to understand all the layers of music through the bass. Today, though, she has many interests. DeTiger says she could see herself looking into a custom bass line, record label or even larger merch offerings. But, she knows music is the foundation upon which all of her successes will sprout. It’s the thing she wants to do for the rest of her life.

“This is what I want to do and it’s all been going really well,” DeTiger says. “This is what I’ve been working for and I’m so happy that people are connecting with what I’m doing.”

Even though she’s garnered millions of streams to date, DeTiger says that she really misses playing live in front of people. She adores connecting with fans in this way, face-to-face. And while she doesn’t harbor any unreasonable expectations about the immediate end of the COVID-19 pandemic, in another way, she’s counting the days until life is safe again. First and foremost, music is her passion and there are many facets of it she appreciates. But, she says, the musician craves that thrill that comes from the interplay with fans.

“I love so many things about music,” DeTiger says. “The ability to express myself and put all of my thoughts into art and put my whole being into something—into a piece of art that other people can experience, too—is amazing. To connect with other people and have those people listen to something that you make, and for them to relate to it and appreciate it, I think that’s my favorite thing.” 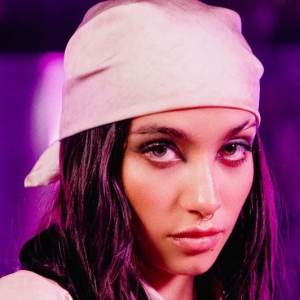 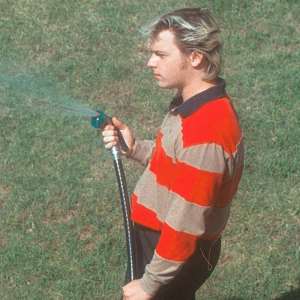