COVID-19 has been compared to many plagues throughout recent history – from the Spanish flu of the late 1910s to Ebola of 2015.  Austin’s Blue Water Highway however turns their collective eyes a bit further back… to the 14th Century, in fact.  For their new track “All Will Be Well,” they tackle the most fatal pandemic in human history, The Black Death.

“Greg [Essington] and I wrote this song, inspired by a quote from St. Julian of Norwich, which we found through our mutual love of the writings of C.S. Lewis,” explains lead vocalist / guitarist Zack Kibodeaux.  “Julian was a Christian mystic from 14th Century England, who experienced visions and wrote a book about the things revealed to her through a life of prayer in her book, Revelations of Divine Love.”

Drawing parallels between the “Pestilence” of 1348 which killed up to 200million to our current state of COVID-19 which hopefully won’t reach anywhere near that number, they chose to look on the positive side of the pandemic and toward when “all will be well.” Like St. Julian who devoted her entire life to prayer in seclusion for divine salvation, people today are exercising a similar seclusion in social distancing and quarantined isolationism. “Our hope is that listeners will gravitate towards the similarities of our situation and that of St. Julian, writing these words of hope during a century of one of the world’s worst pandemics, the Black Death,” adds guitarist / vocalist Greg Essington.

Powered by resonant keyboard washes and percussion brush strokes, “All Will Be Well” is a propulsive track that speeds up to a consistent jog, recalling the earnestness of AM Radio of the 70s while sporting modern textures worthy of Top 40 radio. This is no doubt due to producer Cason Cooley (Ben Rector, Ingrid Michaelson) who added a sparkle that renders it radio-ready while keeping it organic.  “Our producer Cason is one of the best out there at creating interesting atmospheres for a song, which we achieved by contrasting the grounded feel of acoustic instruments with the orchestral feel of synthesizers,” says Gregory Essington.

Adds Kibodeaux, “We were really happy with the way the recorded track turned out. It needed to sound epic and powerful, and I think we accomplished that.”

Taken from their upcoming album Paper Airplanes which Kibodeaux broadly likens to exploring “the contrasting perspectives of childhood and adulthood,” “All Will Be Well” wasn’t actually written for the upcoming release but lay dormant for years.  “The song is actually almost five years old. It’s like it had a will of its own, for us to have recorded it during these times,” says Essington, suggesting that the oncoming plague coaxed it out of hibernation.

“We all take a lead here and there, and now we have developed a tradition of me closing out the record,” continues Essington, who took over lead vocals from Kibodeaux. “I always resonated with the message [of this song] and felt that it was something I could sing with conviction.”

As a focal single off of the upcoming record, it might come as a surprise that the track almost ended up on the cutting room floor, so to speak.

“It almost didn’t make [the record], and afterwards it wasn’t even going to be a single, but Greg dug it out of the bottom of a big pile of songs that were in the running, and his voice fit it perfectly,” Kibodeaux reveals.  With its celebratory nature and optimistic message, “All Will Be Well” will hopefully forecast oncoming optimism. “This is a song about finding a balanced view of reality, something between despair and blind optimism, a look at how to respond to the truly good and truly awful things we all have to deal with,” concludes Kibodeaux.  “Ultimately, it’s kind of a benediction, a reminder from St. Julian of Norwich—writing in self-isolation during another pandemic—that the name for that balance is hope.” 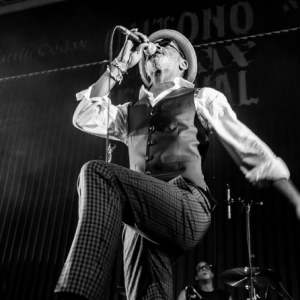 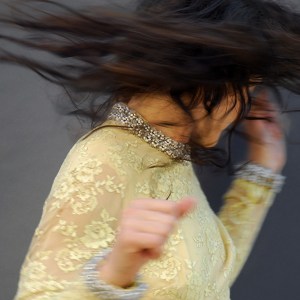