Just when we’re almost too preoccupied to notice, leave it to Bob Dylan to casually drop his first new song in eight years — a stunningly rendered commentary that provides exactly the perspective we need to make sense of current events. In “Murder Most Foul,” a 17-minute epic posted online late Thursday night, the Shakespeare of our times not only turns the assassination of President Kennedy into a narrative device, he also rightly depicts it as the defining event that set this country on in its downward spiral, orchestrated by a series of evil schemers conceiving plots of Shakespearean scale.

With surgical finesse, Dylan dissects wide swaths of history, yet he does it through gymnastic brain leaps that conjure images of kernals exploding in a popcorn machine. Just the slyly subtle pop-cultural references alone, much less how intricately he connects them, will leave Dylanologists begging for new book deals to present their deep dive research.

From early delights such as his British-invasion invocation of Gerry & the Pacemakers’ “Ferry Cross the Mersey,” he segues into namechecks of nearly every jazz great (and rhyming of Thelonious Monk with “all that junk”), allusions to Robert Johnson and Jim Crow America, mentions of Woodstock, Altamont, Tommy, Houdini and various mobsters, and lines like “Play ‘Blue Sky,’ play Dickey Betts,” “Play ‘Merchant of Venice,’ play merchants of death/play ‘Stella By Starlight’ for Lady Macbeth.”

It sounds like stream-of-consciousness rap, but Dylan’s associations are too finely threaded to be completely extemporaneous. He researched carefully, and he puts everything in contexts both broadly sketched and pinpoint precise.

At one moment during his 17-minute recitation (mostly spoken, not sung), I couldn’t help missing Lou Reed; I could hear him — and Leonard Cohen, too — delivering this treatise, perhaps trading stanzas with Bob; it has that Songs for Drella vibe. And that gorgeous piano; I need to know who’s playing that stately, haunting piano, and the violin and soft percussion that emphasize and elevate Dylan’s keen insights, and still-sharp, sometimes biting wit.

He exhibits both in two key lines.

“What is the truth? Where did it go?” Dylan wonders at one point. “Ask Oswald and Ruby; they oughta know.” And just after the halfway mark, he recalls, “The day that they killed him, someone said to me, ‘Son, the age of the antichrist has just only begun.’”

Talk about 20-20 hindsight. If this is just a history lesson, it’s a most powerful one. If it’s an elegy for the America we once knew — an America of hope and promise, before the anger and despair — well, maybe we need to mourn that loss, and analyze it, before — if — we can find a way to join together and resurrect it.

This much, we do know: In times of adversity especially, we rely on our poets and painters, our singers and songwriters, to reflect our mood and often, guide us where we need to go. And 60-some years after Dylan released “Blowin’ in the Wind” and “A Hard Rain’s a-Gonna Fall” on The Freewheelin’ Bob Dylan (six months before Kennedy’s assassination), he’s still that folk singer, telling us what we oughta know — and need to hear. 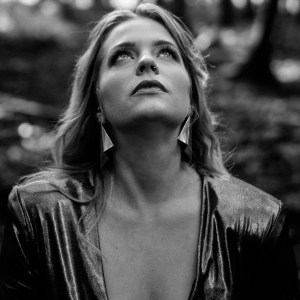 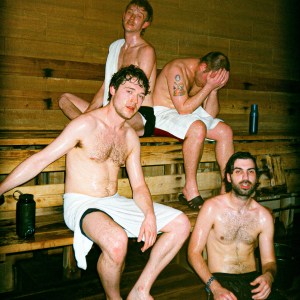