Just a few months ago, Savannah Cristina was sitting in the studio wearing sweatpants and craving a time pre-pandemic. And in this moment, Cristina created her recent release “Body Work.” “I was thinking about what lines would make me feel sexy again [and] what lines would make me feel like I was not wearing a pair of sweatpants in the studio. That was really where the inspiration came from,” Cristina told American Songwriter. “It was me wanting to tap back into feeling myself.”

“Body Work” debuted ahead of Cristina’s upcoming album and highlights the artist’s ability to capitalize on her poetic background (Cristina was a spoken word poet in high school). The track oozes harmonies in a sultry tone, and for the first time, Cristina sings all of her verses in an airy falsetto. A soundscape of modern synthesizers then backs up her vocals to create the celestial “Body Work.”

“And for me, it just feels like you’re in outer space,” Cristina said.

“With the falsetto and the verses it just makes you feel like you’re high or you’re flying or you’re just on another level. That’s what I wanted when people listen to ‘Body Work.’ I want you to feel higher than you’ve ever been before in your self-esteem. And your thought process. Everything is elevated. Everything is escalated to its highest form. And so when I was sonically creating the song that’s why I wanted to go for a different sound than I usually do. I want to show people that we’re leveling up. The pitch is high, the beat is different and everything is just a level up.”

“Body Work” doesn’t merely sound attractive, however. Cristina discussed with American Songwriter that this self-confidence is all about empowerment. The artist pointed towards her second verse as a particular source of strength:

Gotta pull the trigger when the figure go bang / Hit the baritone when you’re singing my name, bae / I can make you feel like a winner all day / Body is a trophy, I got you in first place.

“It’s really just highlighting the fact that who we are has so much value and we add value to the people we’re associated with. So, I think a lot of times when we all kind of get so caught up in trying to win the prize that we forget that we are the prize…. like I know my worth and if you’re standing next to me, then you’re winning because I’m the prize. I don’t have to go get the prize. I am literally it. I’m that girl,” Cristina said. “It’s finding the value in your body, loving yourself and being unapologetic about it.

Embracing every shape of yourself is the script that Cristina perfected for “Body Work.” She also spoke on how the body-positive movement often gets misunderstood today. “It’s not just being in control of our autonomy, but also letting ourselves explore different aspects of our body. For instance, I have never taken a dance class in my life. So this song inspired me to go do the things that scared me. Go do the things that I wouldn’t let my body necessarily do,” Cristina explained.

Cristina’s dancing lessons and body positivity paid off in her music video for “Body Work” where she channeled her heroes like Beyoncé, Mariah Carey and Janet Jackson. Check out the music video below, and don’t be afraid to let your body work. 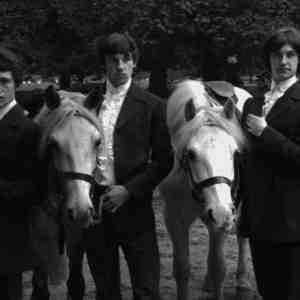 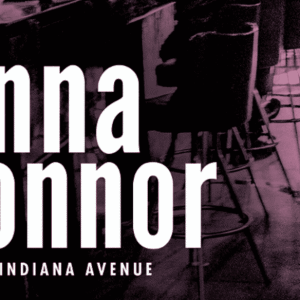