Adventures with Bob Dylan, Leonard Cohen, The Dalai Lama and much more

A revelatory, poignant and often haunting expedition, both physical and spiritual, with Niema Ash – AKA Nomad Girl – from Montreal to Morocco to Tibet to America and beyond; along the way, she meets some guys who wrote songs and became, gradually, famous and beloved. These include Bob Dylan and Leonard Cohen, and her chapters on each are remarkable little movies all their own. She’s such a fine, empathetic and lucid writer that there are scenes from these chapters – and from others  – that remain imprinted in my mind, as if I witnessed them myself. That is the essence of great writing.

She’s the author of many books, and a great chronicler of the world’s farthest far-flung places. With a strong mix of courage, curiosity and compassion, she’s gained access to places most foreigners never go. With her then-husband Shimon, she ran a folk music club in Montreal called The Finjan, where legends came to play, including Bob Dylan, John Lee Hooker and Sonny Terry and Brownie McGhee. It was also where she first met the songwriter Loreena McKennitt, who became a close friend and collaborator.

Niema’s book has an energy and charm that Dylan’s Chronicles did as well; both are told by curious, engaged, observant storytellers, who can spend ten pages deeply describing many dimensions of one great moment with inspired passion, and then skip over many inconsequential years to get to the exalted moment. Which works, and much the same way memory does.

Admittedly, it was  the chapters on Leonard and Dylan which first brought me to this book. Both paint portraits of each man which are exceptional; showing aspects of each which are exceedingly vivid, and yet unexpected. But there is much more here, even beyond her encounters – even without legendary songwriters involved – that is every bit as vividly sensual.

These include her meeting with the Dalai Lama in Toronto, at a dinner in his honor. Invited because of the great and compassionate writing she’d done on the tribulations of Tibet, she had the honor of a personal meeting with him. Her description of the event – seeing the Dalai Lama from a distance first, and then close-up, is beautiful. As in her portraits of Leonard Cohen and Dylan, she shows the real human inside even the most luminous of luminaries:

“But if he projected a sense of divinity – and there was no doubt that he did – he was also profoundly human. When he talked, he laughed easily, infectiously, speaking with his hands, his body, his heart, and often laughing at himself in bursts of humour….”

“He took both my hands in his, enfolding them very carefully, as though he was being given something precious, and repeated my name with such affection as if meeting me was a great privilege… But our communication that day had nothing to do with words. I hardly knew what I was saying. I could only feel the warmth of his hands holding mine, and could sense that some sort of new dimension, a new capacity, a new joy had entered my life…

“For a perfect moment, nothing else existed. I was his entire focus, he was my centre of gravity. I had never felt of someone else so completely, so entirely, so unreservedly.”

With Dylan she shows a side rarely seen, except by those who were there. It’s soon after he landed in the Village for the first time. He was 20 years old then, playing at Gerde’s before being discovered on that stage and launched on his singular journey.

“He kind of limped onstage, whereas the other performers leapt on to it. He looked so thin; I could see his shoulder blades  jutting through his shirt. His face was strained and pale, his jaunty cap making it look even paler and his clothes had a limp scarecrow quality.”

This was mere weeks before being discovered, but no one knew him then, and as she wrote, nobody wanted to. They started heckling him before the start of his first song.

“I remember him fiddling with his guitar and harmonica before he began playing and someone yelling, ‘Get on with it – we didn’t come here to sleep!”

The; hostility just increased. They shouted at him till he gave up the ghost:

“Finally, he slunk off the stage looking like he’d been fatally wounded.”

Yet through the shouts, she heard the songs he sang, and recognized the spirit singing them. One of the only people to clap, she said she did so not out of politeness, but because she had “bothered to listen,” and she was moved.

“I can’t remember exactly what he sang that night,” she wrote, “except that there was a lot about injustice, but whatever it was, it went straight to my heart.”

There’s much more on Dylan, as they became close friends and more. He stayed with Niema in Canada and she saw him at the Chelsea Hotel in NYC. Once she gave him a serious massage during which something unlocked in him, and suddenly language started flowing from him, and he was plugged into the source:

“…lines like poetry, a fragment of a dream, a snatch of story, bits of a song: sad, funny, poignant, beautiful, frightening images…like bright flashes etched in the darkness; sudden leaps from sense to no sense, a kind of trance-like scribbling… Dylan’s mind had become a collage of images in which lucidity and incongruity entwined, some kind of subconscious tapestry, a montage of overlapping weaves, colours and textures….”

There’s many other memorable encounters with fascinating folks – including John Lee Hooker. But of all her adventures, the one that remains the most indelible  is the sky burial she witnesses high on a mountaintop in Tibet. A holy ritual that few foreigners have ever been allowed to witness, it’s the offering of a human body soon after death to the vultures, considered “sacred birds” because they kill no other species, and eat only what is already dead.

Any description of this would be fascinating, but Niema’s essential prose brings us to the moment with stunning, poetic clarity – showing the brutality of the act, as well as the compassion, and oneness with all living things.

For that chapter alone, I would cherish this book. 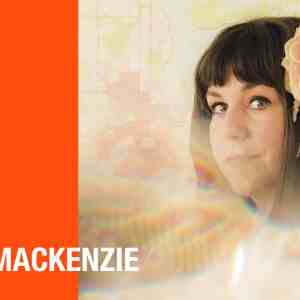 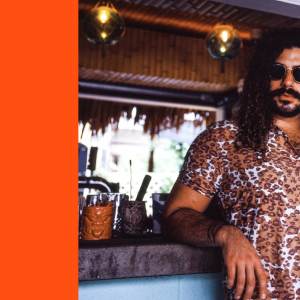