Country star Brett Eldredge released his seventh studio album, Songs About You, on Friday, June 17. His first album since Sunday Drive, released in 2020. Although it has been two years since we’ve last heard from the musician, it only took Eldredge two months to create many of the songs from his new record.

From the Gospel-feel of “Holy Water” to the rock-infused “I Feel Fine,” Eldredge took genre bending and ran with it. But the lyrics go deeper than the diverse genres in many of his new songs. His track “Get Out Of My House,” is dance-worthy but is also self-reclaiming as he sings I’d rather have my peace of mind than have you stay. The song is cleansing and the transformation of his self-worth after the end of a relationship.

The opening track on the album, “Can’t Keep Up,” is celebratory and upbeat, but what is Eldredge celebrating? While it is easy to assume that it’s about his album release, he’s actually speaking out about two elements that are codependent on each other: his mental health and his confidence.

“I just got in this groove that I’d never found,” Eldredge tells musician and Apple Music’s Kelleigh Bannen in an interview for her show, Today’s Country Radio. “I found a confidence I think is what it was,” discussing his process in writing the album.

Eldredge took home the CMA award for Best New Artist in 2014, and has had five No. 1 Country hits on the Billboard chart. After his album Bring You Back (2013), he took a hiatus from all social media platforms up until his album Sunday Drive (2020). Yet, it’s Songs About You that better reveals why he took the social media break, and what he gained from it.

“I found my sweet spot and I found confidence in that to where I was waking up every morning singing these melodies in my head, getting these lyrics in the middle of the night,” Eldredge says. “It was just coming to me and it was so strange.”

Yet it was with the help of his producers and writers that he was able to confide in us with Songs About You. “The people I made [the album] with really lifted me up to be the person and artist that I could be,” he added. “That’s all you can ask for in anything in life is people you’re with, you can trust them with your whole heart.”

Eldredge believes that when you’re surrounded by people who support you and who want the best for you, you can truly bring out the best in yourself. For that reason, he is able to recognize his confidence in his album and in himself.

Tune in and listen to the episode in full anytime on-demand HERE. 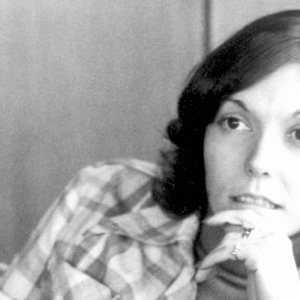